Libération, popularly known as Libé, is a daily newspaper in France, founded in Paris by Jean-Paul Sartre and Serge July in 1973 in the wake of the protest movements of May 1968. Initially positioned on the extreme-left of France's political spectrum, the editorial line evolved towards a more centre-left stance at the end of the 1970s. Its editorial stance was centre-left as of 2012. The publication describes its "DNA" as being "liberal libertarian". It aims to act as a common platform for the diverse tendencies within the French left, with its "compass" being "the defence of freedoms and of minorities". Edouard de Rothschild's acquisition of a 37% capital interest in 2005 and editor Serge July's campaign for the "yes" vote in the referendum establishing a Constitution for Europe the same year alienated it from a number of its left-wing readers. In its early days it was noted for its irreverent and humorous style and unorthodox journalistic culture. 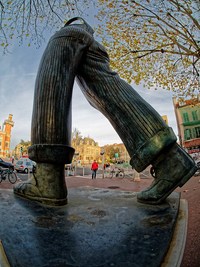 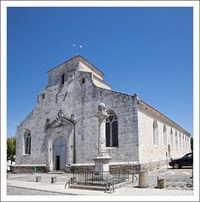