Fredderick Edmund VanVleet Sr. (born February 25, 1994) is an American professional basketball player for the Toronto Raptors of the National Basketball Association (NBA). A 6 ft 1 in (1.85 m) guard, VanVleet played college basketball for Wichita State University before beginning his NBA career. He contributed to a resurgence of Wichita State Shockers basketball that included a Final Four run by the 2012–13 Shockers team and an undefeated regular season by the 2013–14 team. VanVleet was named as a 2014 NCAA Men's Basketball All-American by a variety of media outlets. As a junior for the 2014–15 Shockers, he was an All-Missouri Valley Conference first team selection and received All-American honorable mention recognition from the Associated Press. VanVleet is the Wichita State career assists leader and was named Missouri Valley Conference Men's Basketball Player of the Year as both a sophomore and a senior. After going undrafted in the 2016 NBA Draft, VanVleet signed with the Toronto Raptors. He spent time with the Raptors and with their G League affiliate, Raptors 905, during the 2016–17 season; he was a member of Raptors 905's 2017 championship team. VanVleet went on to become a key player for the Raptors and won an NBA championship with the team in 2019.
Get all relevant Fred VanVleet videos 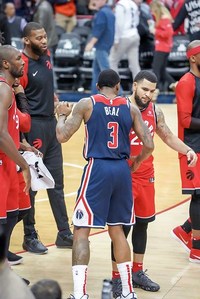 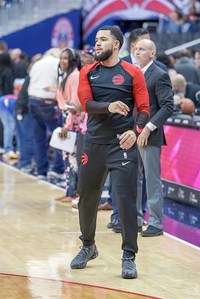 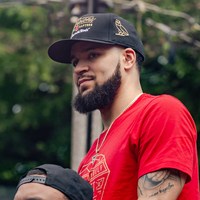