Brittney Yevette Griner is an American professional basketball player for the Phoenix Mercury of the Women's National Basketball Association. She played college basketball for the Baylor Lady Bears in Waco, Texas. She is the only NCAA basketball player to both score 2,000 points and block 500 shots. In 2012, the three-time All-American was named the AP Player of the Year and the Most Outstanding Player of the Final Four. In 2009, Griner was named the nation's No. 1 high school women's basketball player by Rivals.com. She was selected to the 2009 Phoenix Mercury All-American basketball team. In 2012, she received the Best Female Athlete ESPY Award. In 2013, Griner signed an endorsement deal with Nike. Standing 6 ft 9 in tall, Griner wears a men's US size 17 shoe and has an arm span of 87.5 in. Griner was on the United States women's Olympic team in 2016, and led them to victory at the Rio Olympics. 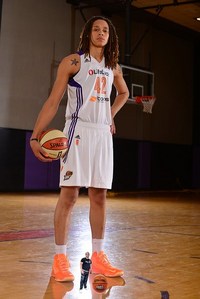 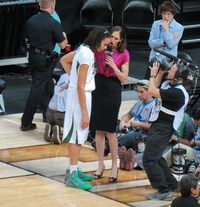 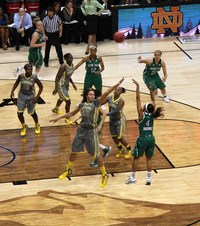 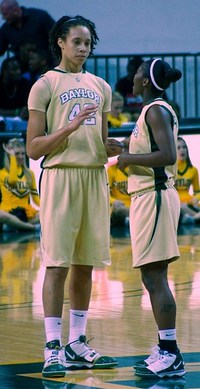 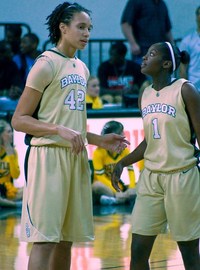 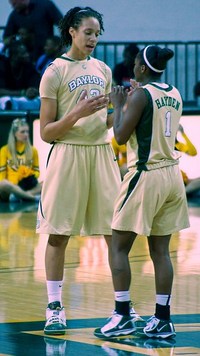 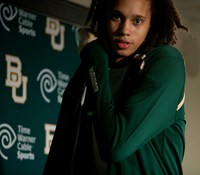 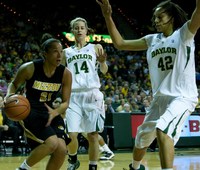 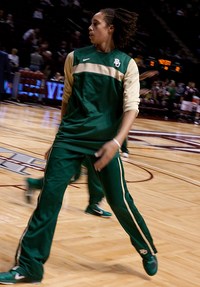 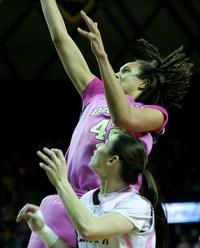 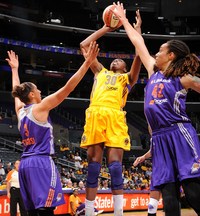