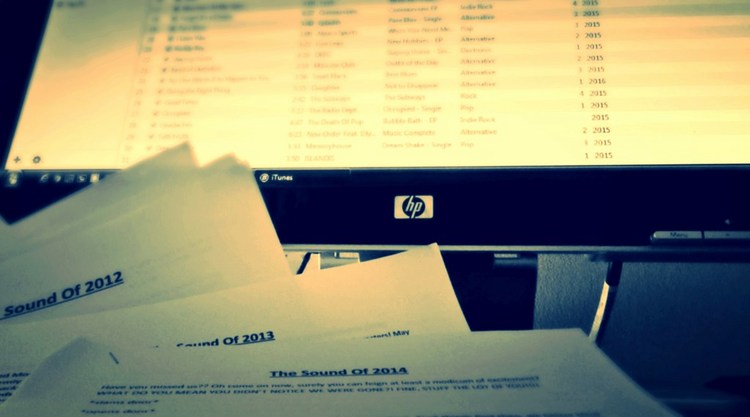 For the previous six years this would be the point in time where my thoughts turn towards compiling a 'tracks of the year list'. The concept was always straight forward, pick the 25 best songs of that calender year - only a single rule applied, I could only have one track per band/artist. This would then be published (usually Christmas week) in the blog that I wrote for. This year however is different; as I no longer scribble for that, or any other site, there is no list to be written! On top of that, I've not been as nearly on the ball with music these past months as I would usually have been, so my 'long list' is slimmer pickings than normal! Despite that, I'm a creature of habit, and I can't shake the desire, even if it's just for fun and my own amusment, to compile a top 25. So I've made a start today and will aim to have it completed for early December as always..the only difference is this time nobody will read it......actually not that different at all then!! For the record the previous winners were: 2009: Seaweed Song - Passion Pit 2010: Young Modern Life - Nottee 2011: Careless Teens - The Bilinda Butchers 2012: You Guys Are Gonna Wake Up My Mom - Field Mouse 2013: Dive - Dumb 2014: Simple And Sure - The Pains Of Being Pure At Heart 2015: ??? *exhales*, where does the time go, most of them only feel about a year ago. Anyway the hardest part is always getting the tracks in a top ten order, so I better get on with it! Anyone else got a favourite song of the year?

This Young M.a Songs List - list-time-or-not- on net.photos image has 1023x569 pixels (original) and is uploaded to . The image size is 70999 byte. If you have a problem about intellectual property, child pornography or immature images with any of these pictures, please send report email to a webmaster at , to remove it from web.