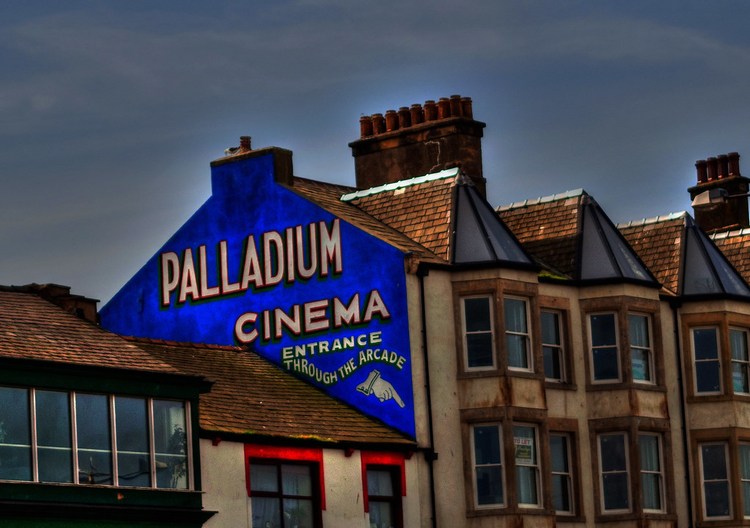 From Days Gone By.

Located in the Lancashire seaside town of Morecambe. The Palladium Cinema had its entrance up an arcade off the Promenade, across Back Crescent Street, with the auditorium at the rear laying parallel on Victoria Street. It was opened on 4th August 1919 with Eugene Pallette in “Viviette”. In around 1929, it was equipped with a British Thomson Houston (BTH) sound system. It was refurbished in 1933. It was a popular cinema, and after another refurbishment in 1937, it was re-named New Palladium Cinema. That same year, it became the first cinema in Morecambe to screen a colour film; George Brent in “God’s Country and the Woman”. It reverted back to the Palladium Cinema name by 1944. In 1953 it was taken over by the Coventry based Orr Circuit of cinemas, and they installed CinemaScope in 1954. The Palladium Cinema was still operating in 1966, but had closed by 1980. It was converted into a squash club, which closed in 2008, and a bar operates in part of the building.

This Woman In The Window 1944 Film - from-days-gone-by- on net.photos image has 1023x720 pixels (original) and is uploaded to . The image size is 184545 byte. If you have a problem about intellectual property, child pornography or immature images with any of these pictures, please send report email to a webmaster at , to remove it from web.