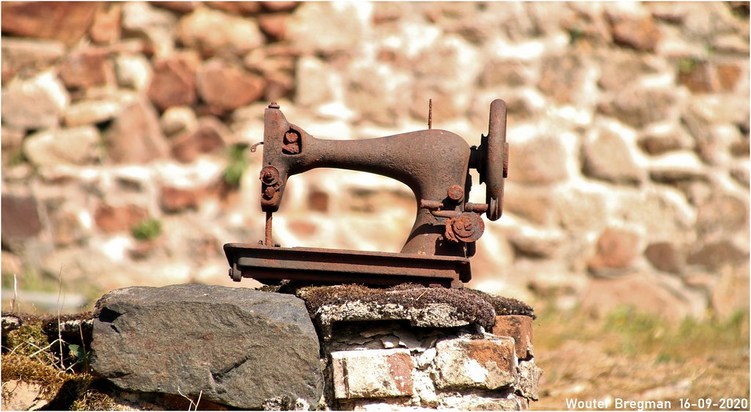 On Saturday 10 June 1944 the 2nd SS Panzer devision 'Das Reich' surrounded the village of Oradour-sur-Glane. All the inhabitants were gathered on the market square, where men and women were seperated. The women and children were brought to the church, while the men were split into 6 groups. These 6 groups of men were put in 6 different houses, were they were all shot by the Germans. After the shooting, the houses were set on fire. Many men were still alive and burnt to death. Only 5 men escaped and survived. The church, full of women and children, was set on fire. Most died from suffocation, while others were shot dead by the Germans. Only one woman, Marguerite Rouffanche, survived by jumping out of a window in the rear of the church. After the massacre, the Germans set fire to every house in the village, except for the most northern house, which had a wine cellar. While the village was burning, the Germans had a party with lots of wine. They left the next day, after burning down the house where they spent the night. In total 642 people were massacred by the Germans on that fateful day in Oradour-sur-Glane: 190 men 247 women 205 children A new village was built nearby after the war, but President Charles de Gaulle ordered the original maintained as a permanent memorial and museum. Much more information about the massacre of Oradour-sur-Glane: en.wikipedia.org/wiki/Oradour-sur-Glane_massacre

This Woman In The Window 1944 - oradour-sur-glane on net.photos image has 1024x562 pixels (original) and is uploaded to . The image size is 152491 byte. If you have a problem about intellectual property, child pornography or immature images with any of these pictures, please send report email to a webmaster at , to remove it from web.