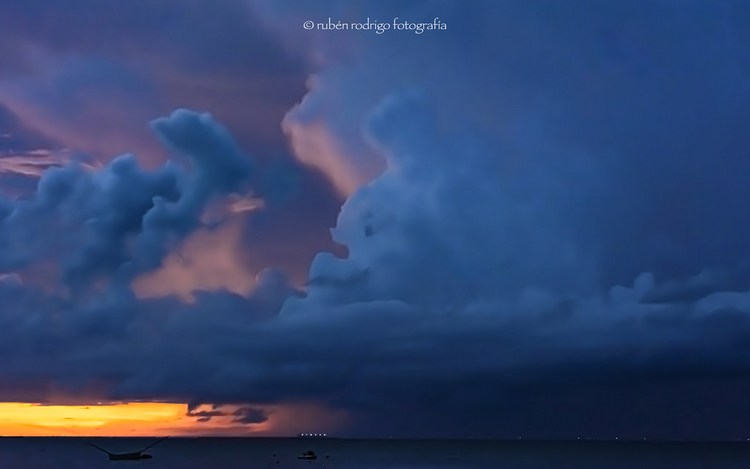 Riders on the Storm

When I was a kid, at home, there was no talks about The Beatles or The Rolling Stones, it was The Beatles AND The Doors. It was my mother's favorite band. I remember very well their albums, their sleeves, and of course their distinctive music, the very long songs, quite rare for their times. L.A. Woman is their sixth studio album and it was released on April 19, 1971. It is the last to feature lead singer Jim Morrison during his lifetime due to his death three months after the album's release, though he would posthumously appear on the 1978 album An American Prayer. In the revised list of 2012 of Rolling Stone magazine's list of The 500 Greatest Albums of All Time, the album was repositioned at number 364. The final track of the album is "Riders on the Storm", a collective effort by the Doors. Based on the arrangement "Ghost Riders in the Sky" and the line "delicate riders of the storm", taken from Hart Crane's poem "Praise for an Urn", the track melded Morrison's hitchhiker imagery from his own poetry projects. The faint, ghostly backdrop heard throughout the song was the last recording of Morrison as a member the Doors. This song is also one of my favorite songs ever. Happy 50th anniversary L.A. Woman! youtu.be/7G2-FPlvY58

This Woman At The Well Song - riders-on-the-storm on net.photos image has 1024x640 pixels (original) and is uploaded to . The image size is 53702 byte. If you have a problem about intellectual property, child pornography or immature images with any of these pictures, please send report email to a webmaster at , to remove it from web.