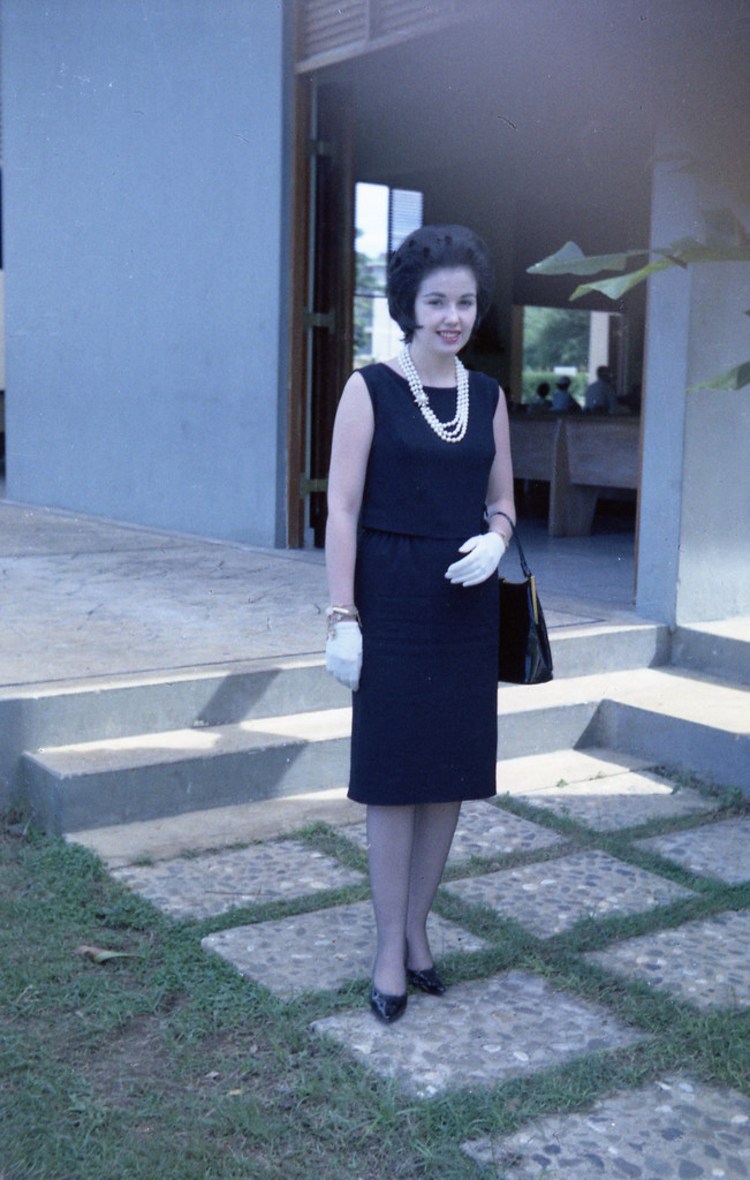 Mom at the Blessed Sacrament Cathedral in Montego Bay

Me: So you guys went to church on your honeymoon? Mom: We went to church every Sunday in those days. It was a mortal sin not to. Me: When did you stop going? Mom: In my thirties. Actually 32. Me: So that would've been in 1974? Mom: Actually 1973. The reason I remember it because Daddy was away, I was just getting over being sick, you were a baby—maybe two years old, a year and a half. And I really didn't feel like going to church, but I got a babysitter, and went. Me: What church was this? Mom: The Sacred Heart Church in Merrick. Anyway, I had a bad cough—and don't forget nobody realized back then I had asthma. I didn't want to sit down in the church because if I was in the middle of a coughing spell I wanted to get up and leave easily. There were other people standing in the back of the church, so I went and stood with them. When the priest went to give his sermon, he said wouldn't give it unless everyone who was standing sat down. I could only sit down in the front—all the seats in the back were taken, and if you wanted seats elsewhere you had to climb over people. I started to cough—one of those coughs that once you start you can't stop. And there were a few other people who weren't sitting down. The priest started basically really yelling, basically saying that if we couldn't sit in church then God didn't want us there, and that we might as well not come. And this was not my idea of God and religion because...I went to church even though I was just getting over being sick, leaving three sick kids at home, and I went to church because I wanted to go to church, and to go through all that have a priest tell me I should have not come was just...I guess in fairness there were a lot of things in organized religion that I was beginning to disagree with. So I left. And never went back. Me: I can remember one or two times going to church with you. Maybe for the Christmas holiday? Mom: You would've had to have been very small, because I never went to church after that. You would've been around two or three years old. On the other hand, Tommy had his communion when he was seven, which would've been 1974. So it had to be after that.

This Woman At The Well Sermon - mom-at-the-blessed-sacrament-cathedral-in-montego-bay on net.photos image has 651x1024 pixels (original) and is uploaded to . The image size is 179319 byte. If you have a problem about intellectual property, child pornography or immature images with any of these pictures, please send report email to a webmaster at , to remove it from web.