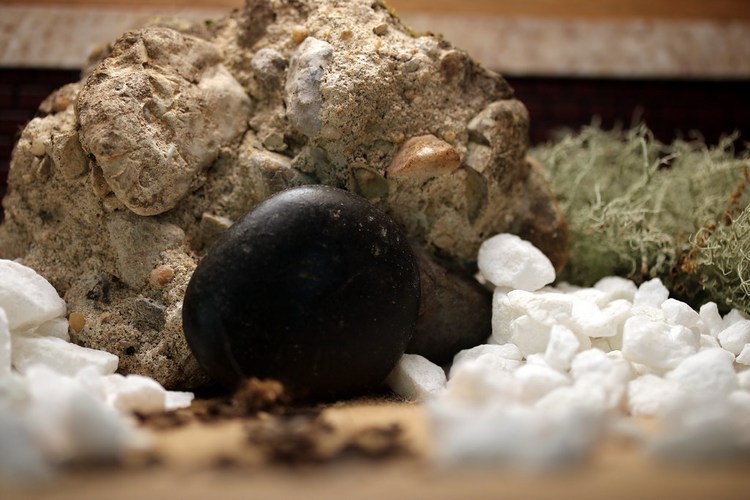 "When it was evening, there came a rich man from Arimathea, named Joseph, who himself had also become a disciple of Jesus. This man went to Pilate and asked for the body of Jesus. Then Pilate ordered it to be given to him. And Joseph took the body and wrapped it in a clean linen cloth, and laid it in his own new tomb, which he had hewn out in the rock; and he rolled a large stone against the entrance of the tomb and went away." * Between the crucifixion and the resurrection there is the burial of Jesus. It seems mundane, even small compared to the other two. But the burial is as supernatural and miraculous as the atoning death and the victorious rising. The burial is an integral part of this story orchestrated by God. The Father is guiding and intervening in every detail of the life of His Son here on earth, from His birth, to His burial, to His resurrection. Joseph of Arimathea retrieves the body of Christ, properly prepares it, and properly buries it. This fulfills two explicit prophecies. One from Isaiah some 700 years prior to Jesus taking our form, and the other from Jesus Himself during His ministry. "His grave was assigned with wicked men, Yet He was with a rich man in His death, Because He had done no violence, Nor was there any deceit in His mouth." Isaiah 53:9 Not satisfied with His sufferings and death, the malefactors sought to insult Him even in death, since they wished to bury His corpse in a common grave among criminals. Isaiah prophesies that this intent would not be accomplished. And, at the appointed time, we see it was not. "Then some of the scribes and Pharisees said to Him, “Teacher, we want to see a sign from You.” But He answered and said to them, “An evil and adulterous generation craves for a sign; and yet no sign will be given to it but the sign of Jonah the prophet; for just as Jonah was three days and three nights in the belly of the great fish, so will the Son of Man be three days and three nights in the heart of the earth. The men of Nineveh will stand up with this generation at the judgment, and will condemn it because they repented at the preaching of Jonah; and behold, something greater than Jonah is here." Matthew 12:38-41 Because the truth of God goes against the heart of the lost soul, the unregenerate man or woman will always seek reasons to reject the Word of God. A common excuse is 'signs'. "Well, I would believe the Bible, but..." Jesus regards this as evil and adulterous (Unfaithful to God.) thinking because God has spoken and God has revealed. We have more than enough to satisfy our wonderings. So, Jesus says, the only sign we would need is if He rose from the grave three days after His death. And so, since He has done that, the only reason to continue to reject God's offer of salvation is a stubborn determination to hold on to sin. __________________________ A year of the shows and performers of the Bijou Planks Theater. * Matthew 27:57-60 Good Friday 2021: www.flickr.com/photos/paprihaven/51090694822/ Resurrection Day 2021: www.flickr.com/photos/paprihaven/51095094656/

This Woman At The Well Matthew - holy-saturday-bijou-planks-93-365 on net.photos image has 1024x683 pixels (original) and is uploaded to . The image size is 145242 byte. If you have a problem about intellectual property, child pornography or immature images with any of these pictures, please send report email to a webmaster at , to remove it from web.