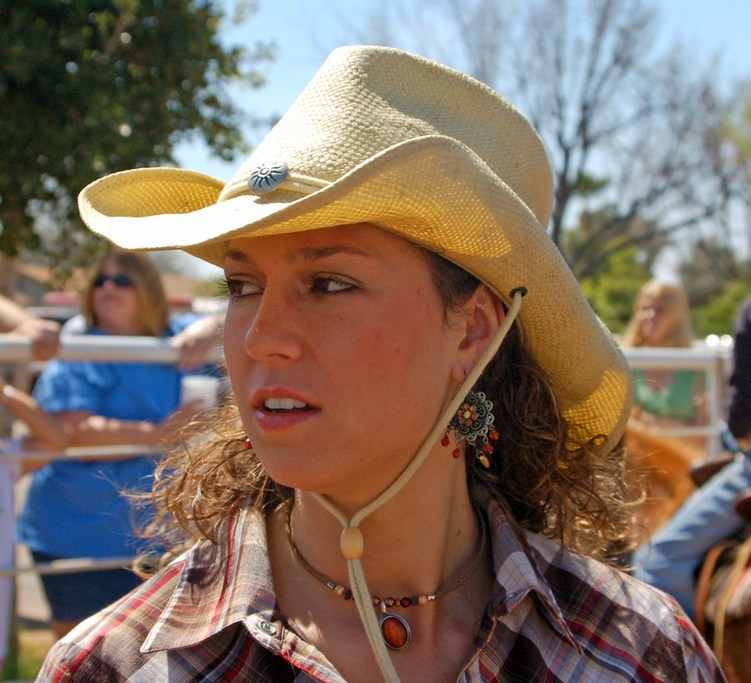 Our former bishop is a man named Martel Adams, who lives near us. (It's perhaps a 3-minute walk from our place to his.) He is a successful businessman and owns a couple of restaurants, but he is really a cowboy at heart. He owns a little spread of several acres, right in the middle of a subdivision here in Chandler, Arizona, the population of which has exploded from about 12,000 as recently as 1977 to about 210,000 today. His property was there before the subdivisions arrived. Bishop Adams, as everyone still calls him, has a rodeo nearly every year on his property, usually sometime in March. Up through 2004, the rodeo was sponsored by our ward (Alma 9th, Chandler Arizona Alma Stake of the LDS Church), but he was told there were liability issues, such that the rodeo could no longer be sponsored under the auspices of the Church. Accordingly, there was no rodeo in 2005. This year he resumed the rodeo tradition, with no sponsor other than himself. He spent thousands of dollars of his own money and many hours of work, assisted by some volunteers, to stage the event, which was a roaring success. I have only been to one of his previous rodeos, because we moved into the ward in March, 2003, right after that year's event took place; but today I heard several people say they thought this was his best one ever. I was one of the two volunteer photographers who covered the event, and took over 100 pictures of it with my Nikon D50. A handful of those will appear on Flickr, and the rest will be processed and put on a CD, to be distributed among some of the people who attended the rodeo or otherwise took part in it. This was a labor of love on my part, and some of the images turned out quite well. This lovely cowgirl is Michelle, who is the chorister in our ward. She and her husband, T. K., are one of the most attractive and best-liked couples in the ward. On the day this photo was taken, I learned several other things about Michelle that I didn't know before. First, she and T. K. live along my customary bike route. (I learned that this morning when I rode past their house and saw a van from T. K.'s construction company parked in their driveway.) The second is that she is a good horseback rider (she was among the participants in the rodeo); and the third is that she hails from Snowflake, Arizona, a Mormon community in east-central part of the state. (I mention that because so many people move to Arizona from elsewhere that I often joke that only a handful of people were ever born here, including Barry Goldwater, Cochise, perhaps, and maybe a few others as well.) I took three pictures of Michelle today, and at some point may post the other two as well. This one and the one just before it were unposed, taken while she was busily engaged in some discussion about the event which was going on at the moment. I was trying to be as unobtrusive as possible as I took the pictures; but a moment after I took this one, she looked at me with a cheesy grin, and I took the third picture then. She seems very comfortable in front of the camera, and with good reason. (Update: Michelle has some impressive musical talent, as I hinted above when I mentioned that she is our ward's chorister. The day after this picture was taken, she formed part of a quartet of young women which sang "I Need Thee Every Hour" as part of the program for the Sunday sacrament meeting in the Alma 9th Ward. I thought they did a crackerjack job with it, this being one of my favorite hymns. So -- kudos to you, Michelle, if you happen to see this! And you probably will, since I've already told you I would be e-mailing you a link to this picture as soon as church was over today.) :-)

This Woman At The Well Lds - michelle-1 on net.photos image has 900x819 pixels (original) and is uploaded to . The image size is 241067 byte. If you have a problem about intellectual property, child pornography or immature images with any of these pictures, please send report email to a webmaster at , to remove it from web.