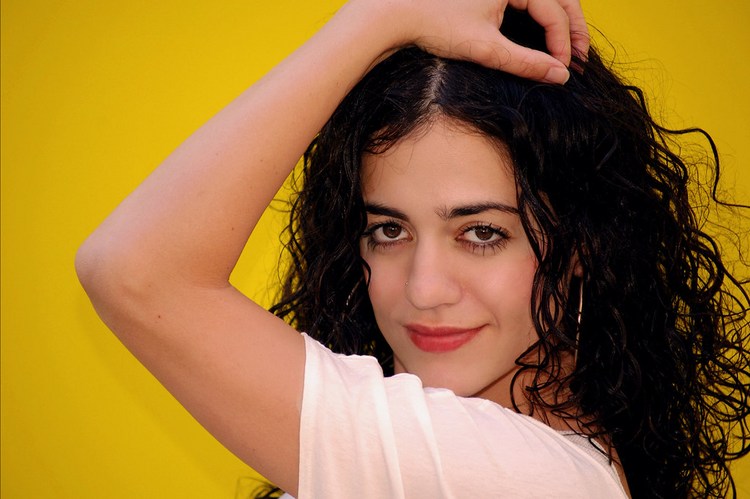 My weekend consisted primarily of two things, namely, watching the LDS General Conference on television, and looking forward to a planned photoshoot with Marietta Tartaglia, who proved to be a splendid model. I joked with her that Christie Brinkley had called me earlier in the day, requesting that I do a shoot with her this afternoon, but that I had demurred because I wanted to do one with Marietta instead. She chuckled at the joke, but as a matter of fact, Marietta absolutely delighted me, and I don't think I could possibly have been happier doing this shoot with anyone else, including a supermodel. We did this shoot at the Mesa Arts Center, where I took about 250 pictures of Marietta, not including a few that I deleted on the spot. The assistance of Flickr member cobalt123 in this photoshoot is gratefully acknowledged. She and Marietta liked each other immediately, just as I knew they would. Cobalt took a number of pictures of her own -- mostly, as I understand it, of me photographing Marietta. Give me a camera, a nice location, a beautiful woman, and an hour or two of free time, and I am guaranteed to be happy for at least a week afterward -- as cobalt, who knows me well, is fully aware. Go look at her stream and see this event from her perspective, which is something I plan to do myself. Pictures from this shoot will be appearing on Flickr for most of the month of April. Marietta specifically requested that I wait about 2-1/2 weeks before uploading certain images taken today, and I intend to honor that request. But stay tuned, folks, as they include one photo that I think she might regard as the best one I have ever taken of her.

This Woman At The Well Lds - marietta-is-back- on net.photos image has 1024x681 pixels (original) and is uploaded to . The image size is 168530 byte. If you have a problem about intellectual property, child pornography or immature images with any of these pictures, please send report email to a webmaster at , to remove it from web.