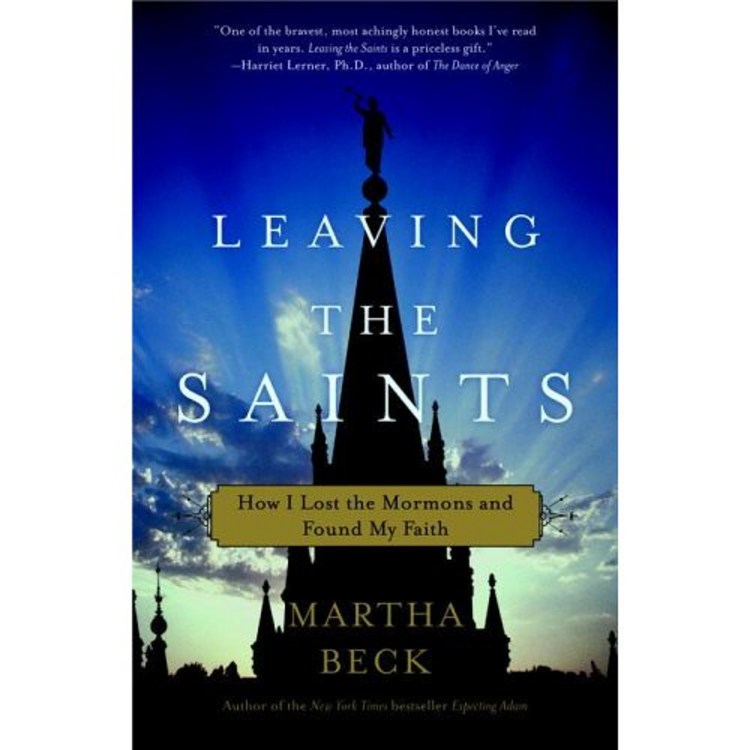 Disturbing, yet informative, in spite of the many questions it raises in my mind. These words best describe my reaction to reading the book Leaving the Saints: How I Lost the Mormons and Found My Faith. The author is Martha Beck. She is not only a very intelligent woman, author of three or more other books, holds three degrees from Harvard University including a Ph.D. in Sociology, she has an engaging sense of humor. Surprisingly, she is the daughter of a prominent LDS academician named Hugh Nibley. Martha Beck has joined the many women who in recent years have spoken out with criticism of the doctrines of the Mormon Church and especially the offshoots of the church which have promoted polygamy. She has been criticized by her own family for her accusations against her father of sexual abuse when she was as young as five-years-old! She married her husband, John Beck, when she was still a member of the Mormon Church. They had three children. Later, he left the church and eventually, she did as well. She divorced her husband and they both declared publicly that they were both homosexuals. Currently she is a private "life coach" therapist and writes a monthly column in the Oprah Magazine as well as many self-help books. The book, Leaving the Saints, recounts her own personal experiences. It is controversial in Mormon circles. I enjoyed the author's humor as well as her writing style. Almost every chapter ends with a pertinent, thoughtful, short, but concise observation. Some are sad, some insightful, and some philosophical. In her closing paragraph, Martha Beck expresses her optimism that her troubled family will someday join her as follows: "We'll toast Muhammad, wave the Buddha, high-five Jesus, Mary and Rabbi Hellel, scratch the opossum behind their ears (apostles). Then I plan to sit back to watch the flower fire knowing that I'm safe and it's okay to go to sleep." A copy of this title is available at the Main Library. - Excerpted from Friendly Footnotes, September 2008

This Woman At The Well Lds - frances-aileen-allen-reviews-leaving-the-saints-by-martha-beck on net.photos image has 500x500 pixels (original) and is uploaded to . The image size is 39829 byte. If you have a problem about intellectual property, child pornography or immature images with any of these pictures, please send report email to a webmaster at , to remove it from web.