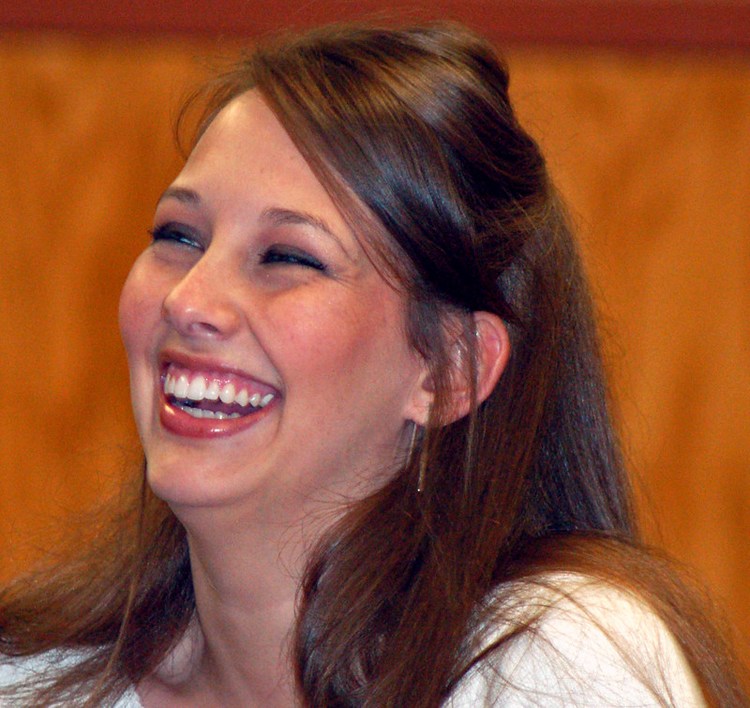 I captured this image at our ward's Christmas party. (For those not familiar with Mormonspeak, a ward is a church congregation similar to a Catholic parish, and membership is always based on the location of a member's residence. In other words, if we lived two blocks east of where we are now, we would be in a different ward.) I took several portraits during the event, all but one of them candid, and most of them of beautiful women. (I tried to take some pictures of my wife at this gathering, but she is extremely camera-shy -- perhaps even more than I am -- and she would have none of it.) For all the pictures I did take, I had to use my 70-300mm lens, which has definite limitations when used with indoor lighting, so most did not turn out particularly well. (One, in fact, was a nice profile, which I would have posted in a heartbeat if it had not contained an unacceptable amount of noise -- the result of the camera's auto setting at 1600 ISO.) Of the evening's portraits, this one turned out the best, hands down. I took five or six shots in quick sequence of this particular woman, who was about 25 feet away from me (about 7.5m.)

This Woman At The Well Lds - candid-portrait-from-christmas-party on net.photos image has 800x755 pixels (original) and is uploaded to . The image size is 226069 byte. If you have a problem about intellectual property, child pornography or immature images with any of these pictures, please send report email to a webmaster at , to remove it from web.