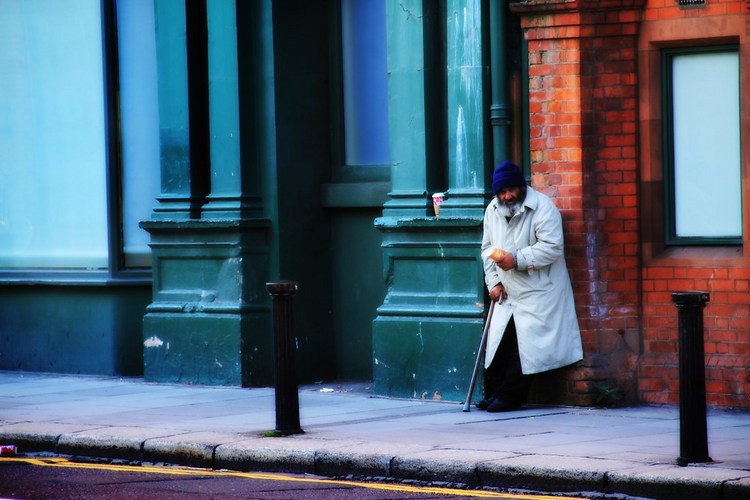 From The Beggar on Dublin Bridge, short story by Ray Bradbury And we looked again from the window. There was the cobbled Dublin street with the night wind blowing in a fine soot along one way to Trinity College, another to St. Stephen's Green. Across by the sweet shop two men stood mummified in the shadows. Farther up in a doorway was a bundle of old newspapers that would stir like a pack of mice and wish you the time of evening if you walked by. Below, by the hotel entrance, stood a feverish hothouse rose of a woman with a bundle. "Oh, the beggars,' said my wife. "No, not just "oh, the beggars,'' I said. "But, oh, the people in the streets, who somehow became beggars.'

This Woman At The Well - the-well-dressed-beggar on net.photos image has 1024x683 pixels (original) and is uploaded to . The image size is 185942 byte. If you have a problem about intellectual property, child pornography or immature images with any of these pictures, please send report email to a webmaster at , to remove it from web.