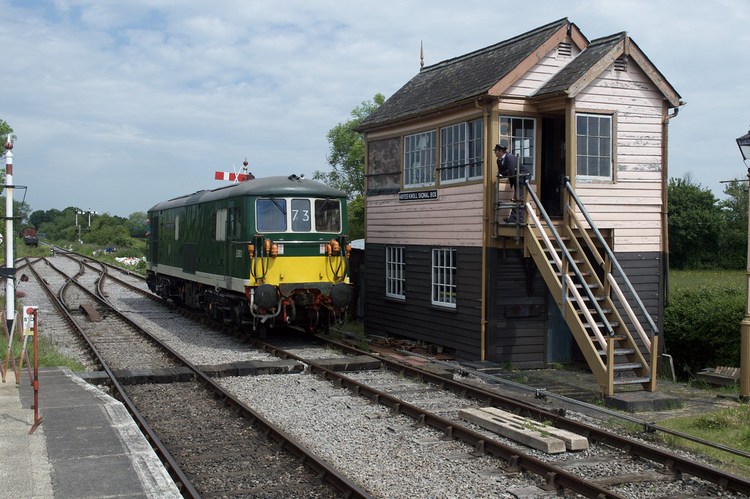 Haulage for my run up and down the Swindon and Cricklade Railway was former British Rail Southern Region class 73/0 (or JA) 73003 "Sir Herbert Walker" sporting its original number, E6003. The loco is seen running round the train next to signal box at Hayes Knoll on 3 June 2022. The line is being extended further north from here towards Cricklade and the next section is due to open later in 2022.

This Walker Hayes - 03-06-22-hayes-knoll-e6003-73003- on net.photos image has 1024x681 pixels (original) and is uploaded to . The image size is 250145 byte. If you have a problem about intellectual property, child pornography or immature images with any of these pictures, please send report email to a webmaster at , to remove it from web.