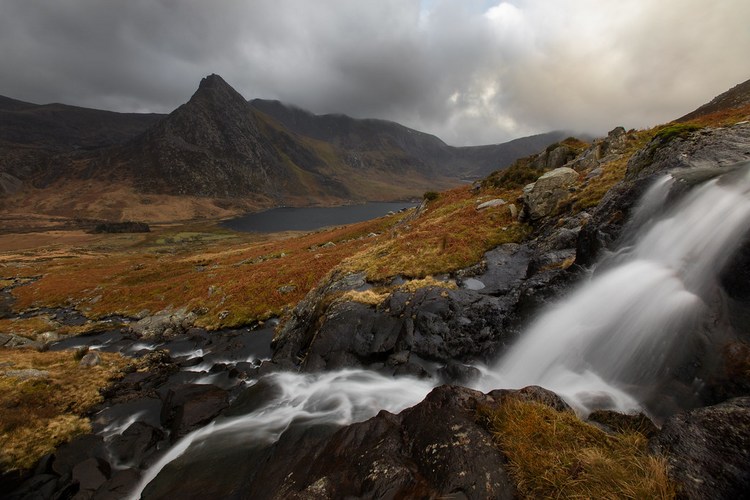 Saturday Morning at the Ogwen Valley

Just over twelve months ago, one of those regularly mundane and tiresome events in life happened to me, for what remains still the last time to date. I caught a cold. In the twenty-one years I’ve been working in a further education college, the annual sequence of unpleasant symptoms have followed a pattern so consistent that it has almost become possible to predict the weeks in which a sore throat will be followed by a headache, a runny nose and finally a seemingly endless chesty cough that finds me emptying the shelves of the local chemist in a form of open wallet surgery. In September the students all come back, and so does the first infection of the new academic year. With them they bring eighty-five percent of the staff who've been on leave all summer while the few of us who didn't get the memo have had to carry on working like the clappers. Not that I'm bitter about it. By late December all of the staff are down to the last few fumes of octane in the tank and a Christmas collapse is pretty well guaranteed. One year I arrived at the restaurant we'd booked for our annual Christmas social and stood outside where I texted Katie and told her that I felt so ill I was going home instead. It was a Greek restaurant too - I'd been looking forward to my meze that evening. February never departs without its accompanying volley of coughs and sneezes, and in the ever bizarrely difficult month of June, the final splat of vaporising chest rub is wrested from the pot in desperation while I curse myself for wasting precious single malt whisky in a hot toddy that only warrants the blended version. I really should have a bottle of the cheap stuff handy for those man flu moments. But the last year has been different. All of this washing our hands every six nanoseconds in a party sized bucket of industrial grade antiseptic has certainly had me wondering. It’s not that I didn’t wash my hands before, but I can’t swear that I sang the national anthem twice while I was doing it, nor did I help myself liberally to a handful of antibacterial gel from every available dispenser on the way back to the office. As this generally involves passing three such dispensers along the new one way route back to my desk, that’s quite a lot of gel. And that’s before I have a final dose from the one next to my desk. Combined with an heroic display of mask wearing in front of all and sundry, the result of this extra care and attention has resulted in not the slightest hint or a sniff or splutter in over thirteen months. I think that even when the nasty invisible monster we’re all facing gets seen off the premises by the vaccine I’m going to continue to hide behind the mask and wash my hands until I can almost see through them as if we’re still in lockdown. I don’t miss the sore throat, and as for the chesty cough. Of course now I’ve said it, I’ll probably sneeze in a minute. The last time I had a cold was a week after coming home from Snowdonia - and it was a nasty one at that, lingering for three weeks into March after the symptoms were at their most unfriendly. I did wonder a few months afterwards whether I'd had the unmentionable, but I suppose there's no way of telling that now. The trip had been hampered by the arrival of Storm Ciara and our time in the mountains was shortened by a Government warning to stay indoors for fear of flying debris in the very strong wind. That was all after a very enjoyable morning on the mountainside above Llyn Ogwen, looking back towards Tryfan. Scrambling up the slope along the falls, the two best spots had already been taken by a man and a woman who each had their tripods perched over the valley. I went higher still but I'd already decided I wanted to try a shot from where the man had set up. He looked like Nigel Danson. In fact I'm still not convinced that it wasn't him, apart from the fact that he told me they were from Tamworth (Nigel lives in Cheshire somewhere). I love being in places like this. One of the very few downsides of living in Cornwall is how far we are from mountains. Apart from the distant road, there's nothing at all to evidence humanity as you stand and listen to the soothing sounds of flowing water at your side. Somewhere below me, Dave and Lee were wandering around in their own contented little worlds, and for a couple of hours, each of us was lost in a quiet reverie as we plotted our compositions and watched the sky darken to the west behind Tryfan. Strange to think that just a few weeks later we'd all be in lockdown and places like this would feel further away than they ever did before. It's Friday, which means tomorrow is Saturday and a brief interlude of freedom. It's also nearly time for tea. I'd better go and wash my hands eight times first. Have a good weekend everyone.

This Thirteen Lives - saturday-morning-at-the-ogwen-valley on net.photos image has 1024x683 pixels (original) and is uploaded to . The image size is 195300 byte. If you have a problem about intellectual property, child pornography or immature images with any of these pictures, please send report email to a webmaster at , to remove it from web.