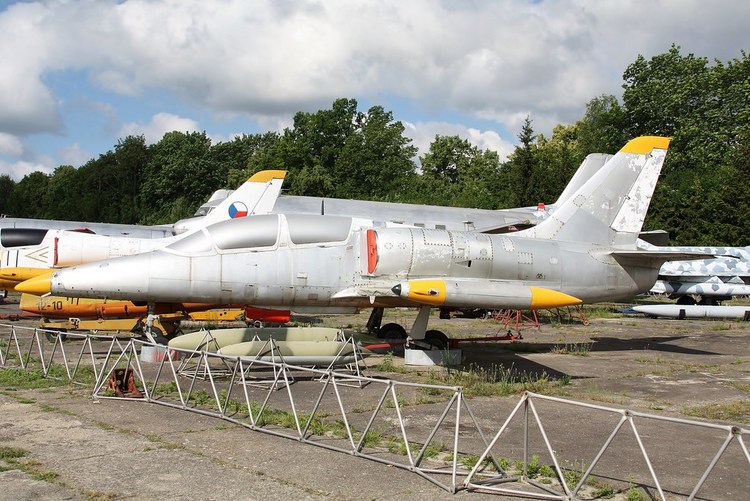 0720 former Czechoslovakia Air Force Aero Albatros L-39 V was photographed at the Museum of Air and Land Technology, Vyškov, (Muzeum letecké a pozemní techniky, Letiště Vyškov) on 18th June 2017. The Vyskov museum of air and ground technology is situated on the old military airfield on the northeast edge of Vyškov (in the direction of Prostějov). Fighter planes, bombers, transport and exploration aircraft, helicopters, aircraft engines, military fighting and transportation technology, artillery weapons, anti-aircraft weapons and many others can all be seen here. The oldest exhibits in the museum are wrecks and parts of aircraft that crashed during the 2nd World War, for example a Messerschmitt Bf-109, Focke Wulf FW-190, Wellington B Mk.-X, B-17, Ilyushin IL-2, IL-10 and others.

This Technology Examples - vy-kov-museum-czech-republic-18th-june-2017 on net.photos image has 1024x684 pixels (original) and is uploaded to . The image size is 240615 byte. If you have a problem about intellectual property, child pornography or immature images with any of these pictures, please send report email to a webmaster at , to remove it from web.