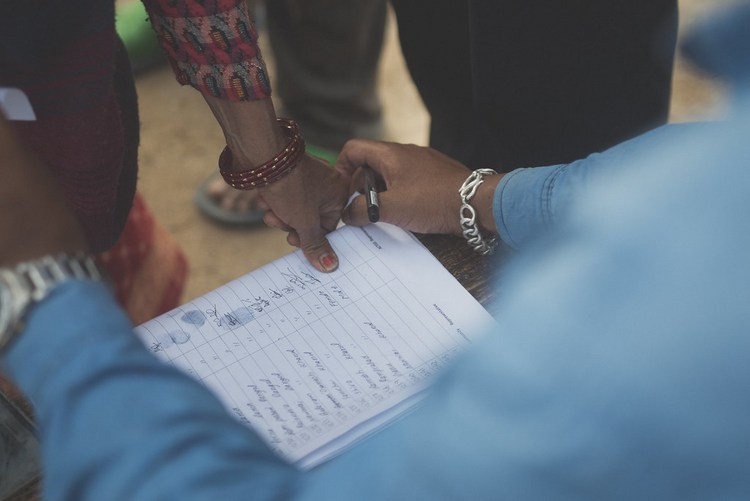 Emergency shelter for earthquake survivors in Sankhu Two hundred rolls of heavy-duty plastic sheeting were given to earthquake-affected households in Nepal's Kathmandu District’s Sankhu village and surrounding areas on May 1st. An additional 500 rolls of this critical emergency shelter material were dispatched to Gorkha, Kathmandu, and Sindhupalchowk. The sheeting was provided by USAID's Office of U.S. Foreign Disaster Assistance (OFDA) and distributed by the non-governmental organizations Agency for Technical Cooperation and Development (ACTED), and Save the Children (SC). With the impending monsoon season, shelter support remains the most urgent need in affected communities, the UN reports. The 7.8 magnitude earthquake that struck Nepal April 25th damaged or destroyed an estimated 543,000 houses, as reported by the Government of Nepal on May 11. To address critical shelter needs, national and international relief actors have distributed more than 62,500 tarpaulins to earthquake-affected households in high-priority districts. Approximately 40 percent of these tarpaulins have reached Gorkha District where the earthquake destroyed an estimated 90 percent of homes. Source: USAID Earthquake in Nepal Photo credit: USAID DART

This Survivor Season 43 - bringing-shelter-43 on net.photos image has 1024x684 pixels (original) and is uploaded to . The image size is 93543 byte. If you have a problem about intellectual property, child pornography or immature images with any of these pictures, please send report email to a webmaster at , to remove it from web.