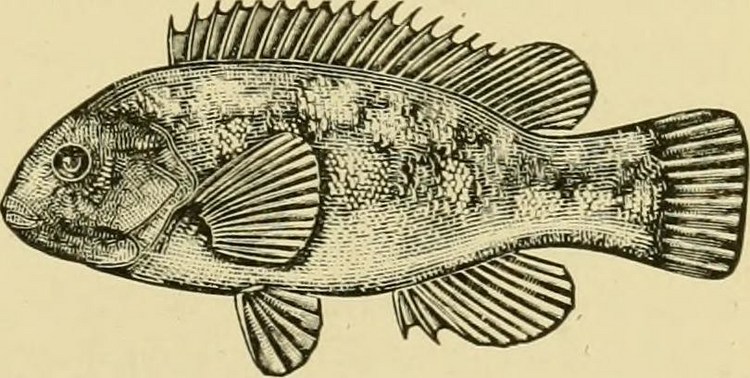 Image from page 90 of "Smiley's cook book and universal household guide; a comprehensive collection of recipes and useful information, pertaining to every department of housekeeping .." (1895)

Identifier: smileyscookbooku00smil Title: Smiley's cook book and universal household guide; a comprehensive collection of recipes and useful information, pertaining to every department of housekeeping .. Year: 1895 (1890s) Authors: Smiley, James Bethuel, [from old catalog] ed Subjects: Cookery, American cbk Publisher: Chicago, Smiley publishing company Contributing Library: The Library of Congress Digitizing Sponsor: Sloan Foundation View Book Page: Book Viewer About This Book: Catalog Entry View All Images: All Images From Book Click here to view book online to see this illustration in context in a browseable online version of this book. Text Appearing Before Image: directed for cooking fish by thosemethods at the beginning of this chapter. The tautog is found along the At-lantic coast of the U. S. It appearsfrom April to November. Its averageweight is aliout 2 lbs., but it sometimesweighs 10 to 1.5 lbs. The flesh iswhite, dry and delicate in flavor, andis much esteemed. THE TAUTOG. The Thobnback is a fish very abundant along some parts of the English coastand highly esteemed for food. It is not found in the United States. The Tunny is a large fish belonging to the same family as the mackerel, andthe horse mackerel is nearly allied to it. It is found in the Mediterranean andBlack seas as well as in the Atlantic, and although esteemed for food in Europe itis seldom or never eaten in America. BROOK TROUT. In dressing trout the head, tail and fins should not be removed,but cut the fish open and scrape out the insides. The sportsmans way of cooking i^erfectiy fresh trout is to dressthem, rub table salt inside, and fry in the frying=pan in smoking hot Text Appearing After Image: 80 FISH salt pork fat. (2) As the fish comes to the city market it is best tobroil it nicely over a declining fire. Season it with salt, iDepjDer, alittle lemon juice and butter, and serve on hot plates. (3) Thoseweighing 1 lb. or more can be stuflPed and baked as previously di-rected for baking fish. Time to bake 20 to 30 minutes. Thismethod is not common, but the fish are good thus prepared. (4)When many are received and there is danger that some may spoilthey can be boiled in water seasoned with lemon juice, whole peppers,mace and salt, and then they can be served at luncheon, or preparedas previously directed for any cold fish, at the beginning of thischapter. Trout au Bleu.—Take some freshly caught trout; clean and wipethem; put them in a sauce=pan, and pour over them a pint of boilingvinegar, which immediately turns them blue; then add a pint ofwater to cover the fish; add 4 bay leaves, salt and pepper, an onionstuck with cloves, the peel of a lemon, half a head of celery, a c Note About Images Please note that these images are extracted from scanned page images that may have been digitally enhanced for readability - coloration and appearance of these illustrations may not perfectly resemble the original work.

This Sportsman Guide Catalog - image-from-page-90-of-smileys-cook-book-and-universal-household-guide-a-comprehensive-collection-of-recipes-and-useful-information-pertaining-to-every-department-of-housekeeping-1895- on net.photos image has 810x408 pixels (original) and is uploaded to . The image size is 84740 byte. If you have a problem about intellectual property, child pornography or immature images with any of these pictures, please send report email to a webmaster at , to remove it from web.