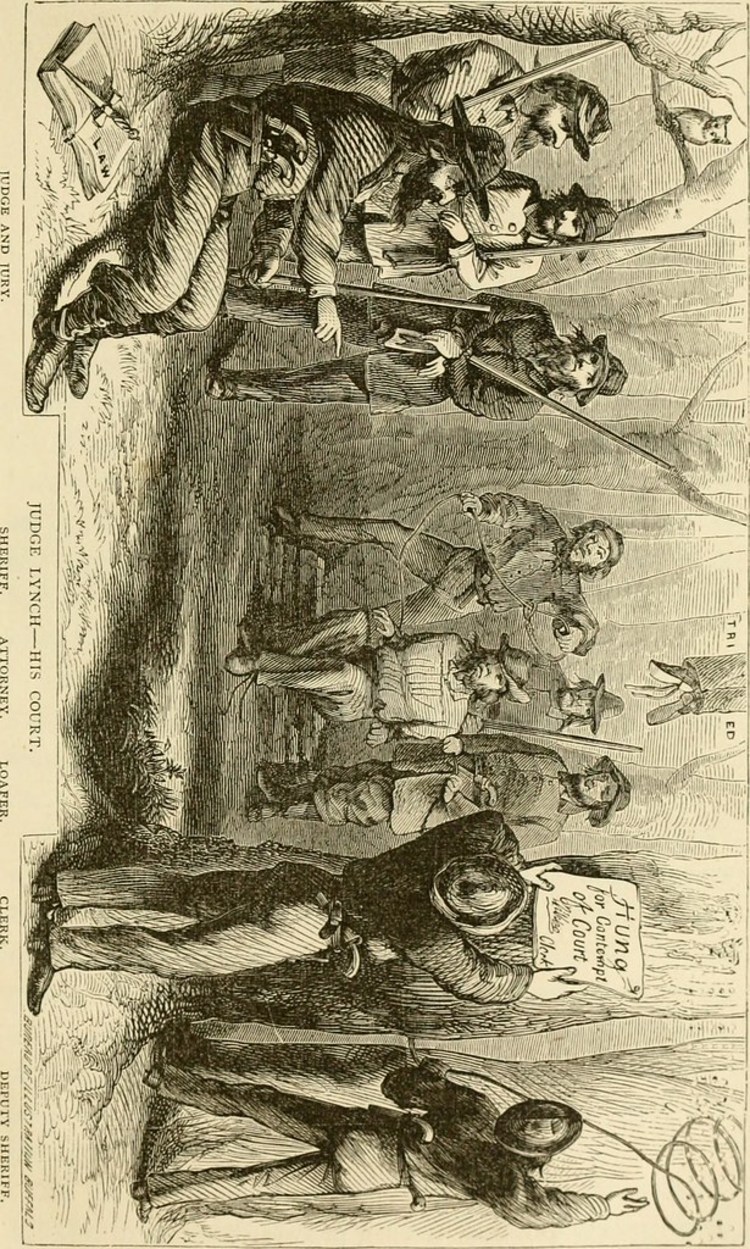 Image from page 82 of "Buffalo land: an authentic account of the discoveries, adventures, and mishaps of a scientific and sporting party in the wild West; with graphic descriptions of the country; the red man, savage and civilized; hunting the buffalo, an

Identifier: buf00webbfalolandautherich Title: Buffalo land: an authentic account of the discoveries, adventures, and mishaps of a scientific and sporting party in the wild West; with graphic descriptions of the country; the red man, savage and civilized; hunting the buffalo, antelope, elk, and wild turkey; etc., etc. ... The appendix comprising a complete guide for sportsmen and emigrants Year: 1873 (1870s) Authors: Webb, W. E. (William Edward) Subjects: Hunting -- West (U.S.) Paleontology -- Kansas West (U.S.) -- Description and travel Publisher: Cincinnati, Chicago, E. Hannaford & company Contributing Library: University of California Libraries Digitizing Sponsor: MSN View Book Page: Book Viewer About This Book: Catalog Entry View All Images: All Images From Book Click here to view book online to see this illustration in context in a browseable online version of this book. Text Appearing Before Image: and reports his statement of the occur-rence in the log book, as follows : (75) 76 BUFFALO LAND. A stranger played me fur a fool,An threw the high, low, jack, An sold me the wuss piece of muleThat ever humped a back. But that wer fair; I dont complain. That I got beat in trade;I dont sour on a fellows gain. When sich is honest made. But wust wer this, he stole the mule,An I were bilked complete; Such thieves, we hossmen makes a ruleTo lift em from their feet. . We started arter that ere pup. An took the judge along,For fear, with all our dander up. We might do somethin wrong. We caught him under twenty miles, An tried him under trees;The judge he passed around the ^smiles, As sort ojury fees. Prisner, says judge, now say your say,An make it short an sweet, An, while yer at it, kneel and pray.For Death yer can not cheat. No man shall hang, by this ere court, Exce])tin on the square;Theres time fur speech, if so its short, But none to chew or swear. H 3 3 3 = 3 pn 3(/I 5?^ ffi3 3 -I O a Text Appearing After Image: QUAIL-HUNTING ON THE KAW. 79 An then the thievin rascal cursed, An threw his life away,He said, Just pony out your worst, Your hest would be foul play. Then judge he frowned an awful frown, An snapped this sentence short,Jones, twitch the rope, an write this down, Hung for contempt of court! Sharp 8 next morning saw us on the road leadingeast of town, the two dogs with us, and a young oneadditional, the property of a resident sportsman.Our last acquisition joined us on the run, and kepton it all day, going over the ground with the speedof a greyhound, his fine nose, however, giving himbetter success than his reckless pace would haveindicated. Three miles from town, or half way between itand Tecumseh, our party left the wagon, with direc-tion for it to follow the road, while we scouted alongon a parallel, following the river bank. The Kaw stretched eastward, broad and shalloAv,with numerous sand bars, and along its edges grewthe scarlet sumach and some stunted bushes, andbetween these Note About Images Please note that these images are extracted from scanned page images that may have been digitally enhanced for readability - coloration and appearance of these illustrations may not perfectly resemble the original work.

This Sportsman Guide Catalog - image-from-page-82-of-buffalo-land-an-authentic-account-of-the-discoveries-adventures-and-mishaps-of-a-scientific-and-sporting-party-in-the-wild-west-with-graphic-descriptions-of-the-country-the-red-man-savage-and-civilized-hunting-the-buffalo-an on net.photos image has 615x1024 pixels (original) and is uploaded to . The image size is 311563 byte. If you have a problem about intellectual property, child pornography or immature images with any of these pictures, please send report email to a webmaster at , to remove it from web.