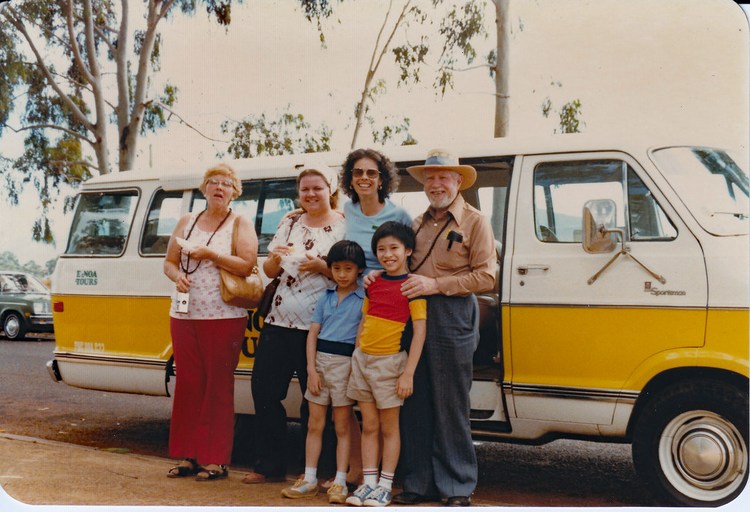 I actually remember this. We did a day-tour in Oahu outside of Honolulu that my dad had bought through the hotel. I was a very shy kid and at the age of seven, didn't speak English at the time. I seemed to be quite uneasy with all the friendly fellow tourists! I don't know why, but I seem to recall that the older gentleman in the hat was the driver-tour guide. Luckily later in life, I became less shy. These days I enjoy having a conversation with strangers while on tour. OMG, that tour company is till running today?! enoa.com/ xxxx I mentioned that even though my parents were not wealthy at all, my dad was more into living life and having fun than many people of his social status. In the summer of 1979, when I was almost eight, dad took us to America and Canada for a month-long visit. We flew first to Hawaii, then to Los Angeles and San Francisco, we made a side trip to San Diego before flying to Las Vegas. After that we flew to New York City and to Toronto, Canada, before returning to Hong Kong. We never thought that eventually we would move to Toronto permanently. I guess we were very very lucky to have travelled so far away from home as kids.

This Sportsman Guide - aloha-img_0018 on net.photos image has 1024x699 pixels (original) and is uploaded to . The image size is 224630 byte. If you have a problem about intellectual property, child pornography or immature images with any of these pictures, please send report email to a webmaster at , to remove it from web.