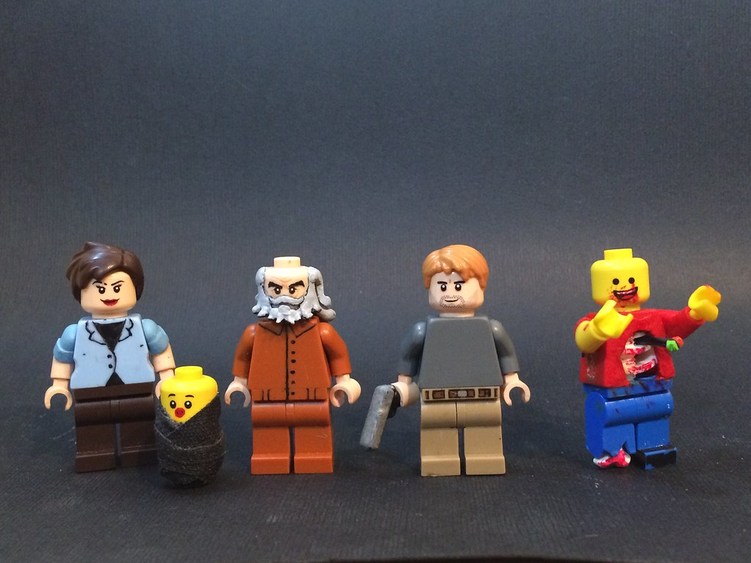 L to R Maggie and Hershel Jr: I used the CMF zombie hair and the WW head, and it works pretty good. Would've used the Supergirl one, but I used it for another custom, so it's all painted up. Arm mix doesn't match because made those for something else. Really quick paintjob there on the torso, and some dark brown legs. Hershel Jr. is two heads, unfortunately yellow, and some hockey tape as blankets. Axel: I realized the other day Axel looks a lot like TDKR Green Arrow. Another fast paintjob on him too. "You follow me?" Spencer: the only reason I made this one is I was thinking of recreating the "You got no guts" part of the comics with my Negan. Star lord hair, Poe face, and Indiana jones hip piece. Walker: Absolutely no idea what this is. Mainly did it just for fun. Cheers! -Jared

This Spencer Jones - twd-figbarf on net.photos image has 1024x768 pixels (original) and is uploaded to . The image size is 133780 byte. If you have a problem about intellectual property, child pornography or immature images with any of these pictures, please send report email to a webmaster at , to remove it from web.