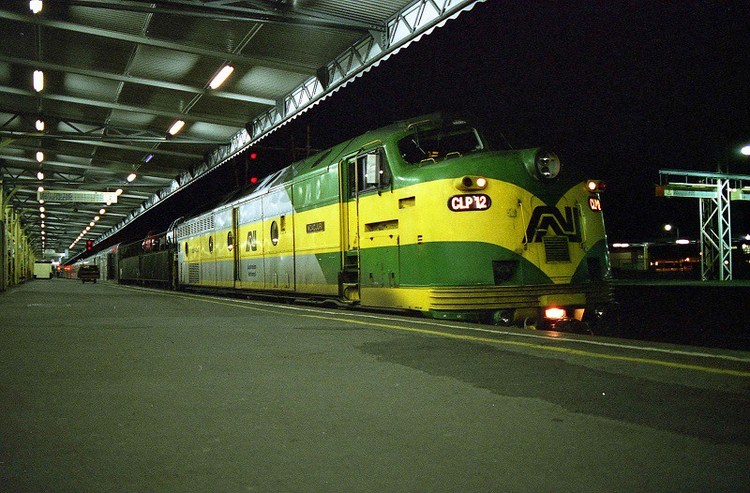 With not too much longer to go before National Rail take over the haulage and crews on the Overland, Australian Nationals CLP12 gets ready to depart Melbournes Spencer Street station on 6MA8 Overland on 27-6-1997. By November NRC took over and ran NR class on the Overland and for a period in 1999 and 2000 , Steellink BL class ran the Overland before reverting back to NR class

This Spencer Jones - spencer-street-clp on net.photos image has 800x526 pixels (original) and is uploaded to . The image size is 163874 byte. If you have a problem about intellectual property, child pornography or immature images with any of these pictures, please send report email to a webmaster at , to remove it from web.