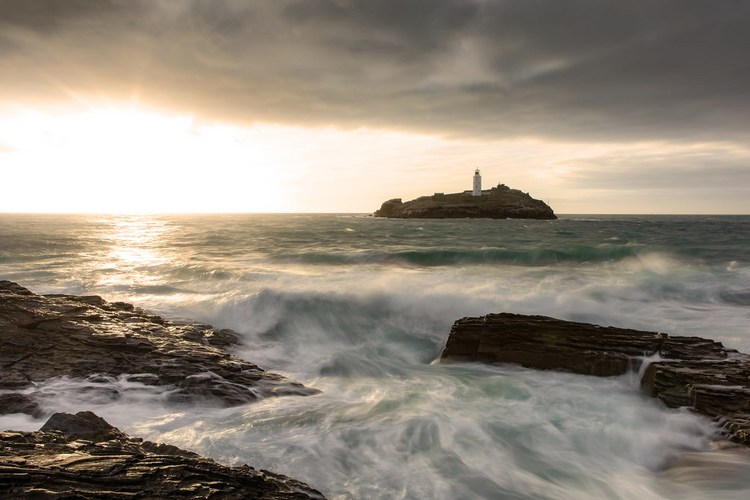 “That looks like him.” Lee summoned up a piercing whistle in the direction of the figure by the shore that reduced my left ear to a bout of whining tinnitus, scattering a nearby group of oystercatchers into the air as he did so. It was helpful that Lloyd was in photographer mode, because it instantly gave him away when all we could really remember from our previous meeting was that he was quite tall, and he didn’t have the trademark beard that we had been expecting to identify him with. We all do photographer mode, and it’s what separates us from everyone else; edging back and forward, from side to side and peering intently at something that nobody else can see as we weigh up our compositions. “Should I stand here, or three inches to the left? Should I go forward a bit, or back ten feet? Should I have the tripod fully extended or belly down on the sand?” You don’t often see the selfie stick brigade taking quite so much care over where they’ve put that rock or whether they’ve lined up their repeating diagonals before they hit the shutter button. I wasn’t sure I was going to be around for Lloyd’s visit, but the big plans to go far north to the Highlands and Islands had been parked for the time being, meaning a get together at Godrevy was now on the agenda. I’m always ready for a reason to go to Godrevy after all. Lloyd had already been here for some time, and you’ve probably seen the image he took before we arrived. We saw it first on the back of his camera so there. Just saying. It’s definitely his in case you were wondering. Initially we headed for a spot that not many people make it to, on the rocks below a small cliff near the lighthouse, where it seemed we’d gatecrashed a party of one solitary seal, basking in the sunshine and watching us interestedly. I messaged my friend Katie, who in her spare time is a member of a sea life rescue group. Somehow in her busy life she manages to squeeze rescuing stranded dolphins, whales and seals among other aquatic mammals in distress, as well as photographing the underwater world and finding all sorts of fascinating things I never even knew existed. Who knew there was so much to see below the dark waters off the coast of Penzance? “Yes we’re monitoring it,” came the reply. “We think it’s just enjoying living there at the moment.” I looked again at the seal, which gazed back at me in return, almost smiling. I decided she was probably right. What wasn’t right was the light; we were here too early and retreated back up to the cliff path, watched as we went by a pair of black eyes that still seemed to smile. I never tire of watching the seals here – they usually come and watch me with interest as I pitch my tripod on the rocks just above the water here, no doubt wondering what on earth I’m up to. It always feels like a shared moment. Back at the clifftop near the bench, Lloyd had a plan for sunset and made himself ready for the killer shot, while Lee eventually wandered away to the west, presumably in search of distant lone figures on the beach to stalk at two hundred millimetres. Meanwhile, I headed back down to the water’s edge where our new friend regarded me once more with those smiling black eyes, and giving it as wide a berth as it could I found my spot on the rocks, just in time for the sun to drop below the bank of cloud and illuminate the receding tide. Sometimes you just know you’ve got a shot that’s going to make you happy. After a while I decided I’d had the best of it, and returned to the top of the cliff, exchanging one last grin with those ever watching eyes as I went. Lloyd was already at work behind the camera, and I joined him on a wide rocky shelf where we discussed the joys of photography and his plans for the rest of his visit. He was on a family holiday, and we all know that you can only get away with so much roaming around on lonely clifftops with your camera bag when your loved ones are with you. We stayed until dusk, neither of us sure when to give up and put the cameras away. It’s always like that when I’m alone here, and when you’re with someone who works in a similar way, that certainty in when to finish is often further fogged. But it had been a successful visit and we both left that clifftop feeling we’d got a shot or two worth sharing. We said our farewells and looked forward to Lloyd’s next visit when photography would be the central focus for him here. He’s rather good at it too. I headed back down to those rocks a week later. The seal was gone. Maybe a pair of black smiling eyes were watching me from the water, but I didn’t see them.

This Selfie Camera Light Stand - mr-austin-i-presume- on net.photos image has 1024x683 pixels (original) and is uploaded to . The image size is 142927 byte. If you have a problem about intellectual property, child pornography or immature images with any of these pictures, please send report email to a webmaster at , to remove it from web.