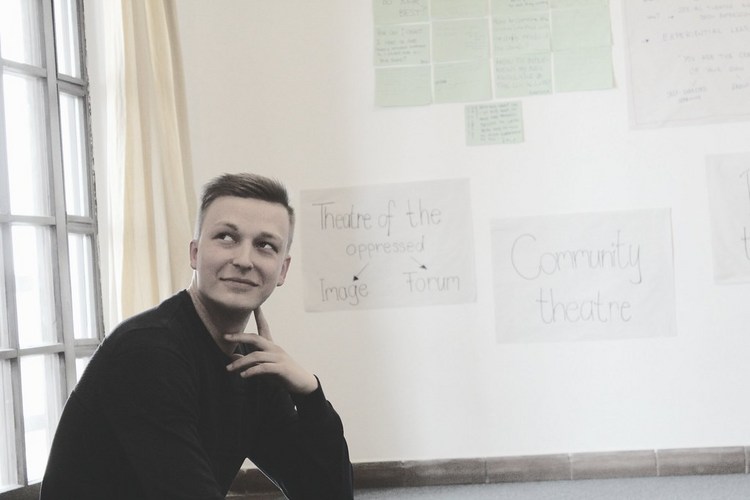 Empowering the Oppressed through Theatre. My reflection on the Training Course 🎭

#Theatre and the #empowerment of #socially #marginalised #people are two subjects that have been particularly relevant to me over the past few years. Two years ago, I attended my university’s theatre #troupe for three years and I’ve been working with #children with #autism spectrum #disorders for five years now. While #acting in the theatre I realised that it’s a very powerful tool in many #real-life situations. It goes without saying, that both in theatre and in real life, you often get to improvise, you have to be able to quickly generate ideas and to act flexibly in solving various problems. However, I’ve never tried to apply #theatrical approaches directly when working with autistic children. Perhaps it’s because I wasn’t introduced with clearly set out and articulated theatrical approaches to developing children’s #skills. “Inclusion in ACTion” was the project which provided us with a comprehensive theatrical #methodology of socially #vulnerable people #inclusion. Well Thought-out Three-phase Concept As for the project itself, I’d like to foreground that one of its strongest sides was a strict and clear structure. The project was well thought-out in such a way that the participants would not only learn theatre and #body #expression #techniques but also try to apply them when working with their target groups, and then share their results with other #participants. For that reason, the project was divided into three phases, namely, that one of the training course that took place in #Hungary, the local phase in one’s home country and the feedback phase back in Hungary. During the first phase, we learnt a plethora of theatrical and body expression activities. In light of what we learnt, we had to develop our plans for the local phase. During the third phase, we were supposed to share the results of the local action plan. To my mind, the three-phase model ensured that participants would take their tasks seriously. At the end of the day, nobody wanted to return to Hungary after three months and tell the colleagues that they failed. The Project Opened New Teaching Perspectives So, having returned to Lithuania after the first phase, I started implementing my local action plan. I tried to integrate an autistic boy into a #kindergarten group by using theatrical methods that I learnt during the training course. In the kindergarten, we played #team #building and #communication promoting games. Some methods worked very well for my target group, while others did not. During the third phase, I discussed with other participants and #facilitators how to solve the issues that I faced during the local phase. Moreover, immediately after the third phase, I was asked by my native village community to perform theatrical activities the whole day at a #summer #camp for children from rural areas. Taking Advice from Senior Colleagues Another advantage of the project was that I was constantly surrounded by people who directly worked with socially marginalised groups of people. These were not only the facilitators but also participants who worked with autistic children, #LGBT #communities, #deaf people, children from different #cultural backgrounds, etc. Some participants had worked with their target groups for even several decades. So, they were happy to share their experiences with younger colleagues. A Multitude of Extra Discoveries Last but not least, learning in a #multicultural #environment has enriched my #linguistic, #cultural and #political #knowledge. At the end of each day, we often sat together, discussing national dishes, political and historical events of each participant’s home country. We discussed topics that made us smile as well as those that we addressed on a more serious note. For instance, #Croatian peers shared their memories of the Croatian War that took place when they were children. The funniest moments perhaps were those when we used to compare linguistic features. For instance, we all use the phrase “to kill two birds with one stone” but, as far as we found out, each language has its own animal. #Slovenians hit two flies with one blow, Lithuanians kill two hares with one shot, while #Italians catch two pigeons with one bean. LOL! 😂😂😂 #ungarn #trainingcourse #theatre #erasmus #holloko #inclusioninaction #socialtheatre #TheatreOfTheOppressed #forumtheatre #learning #lernen #aufnahme #fotografie #theater #schauspielen #schauspieler #TheaterDerUnterdrückten #selbsterfahrung #communitytheater #laienspiel #laientheater #volkstheater #litauer #lithuanian #theatrical #socialinclusion #acting #actor #theatrical #AugustoBoal

This Perspective Taking Activities Autism - empowering-the-oppressed-through-theatre-my-reflection-on-the-training-course- on net.photos image has 1024x683 pixels (original) and is uploaded to . The image size is 63132 byte. If you have a problem about intellectual property, child pornography or immature images with any of these pictures, please send report email to a webmaster at , to remove it from web.