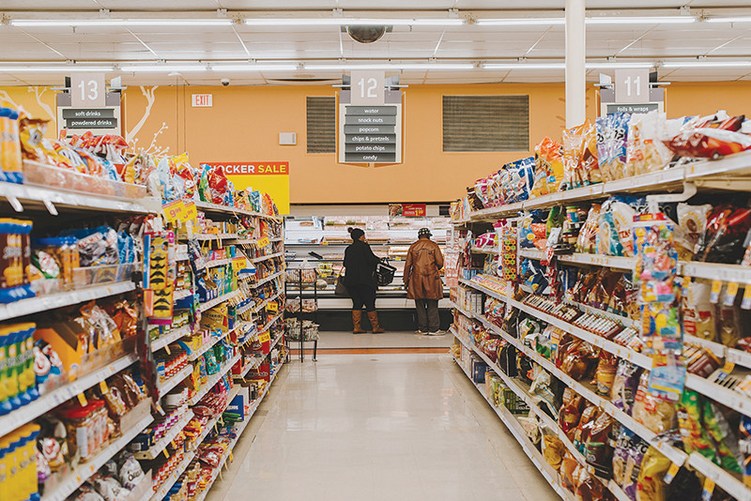 As usual, Wednesday night means it’s teaser night! (That’s my current schedule, anyway. Subject to change next semester :P ) This week, however, what I have for you would probably be better considered as a few separate updates than a true, singular teaser photo. But regardless, they all tie in somehow to the Hernando Kroger photos coming your way on Saturday – if only in the fact that two of them are in Hernando, and this one is in a Kroger! About this one… this is old news now, but I don’t know if I ever mentioned it, so in case I didn’t here it is again: at the start of the year, Kroger Delta Division announced they were closing down three local stores, two in Memphis and one in Clarksdale, MS. They all closed their doors for the final time on Saturday, February 3rd, 2018. While Clarksdale’s is perhaps a more noteworthy closure considering the next-closest Kroger is 30-odd miles away (!), the two Memphis stores gained more media attention (both news and social) due to their circumstances. Specifically, the two stores – at 2269 Lamar in Orange Mound, and 1977 S Third in the Southgate shopping center – were older, smaller stores, located in less affluent communities of the metro. While there were plenty of arguments over all this, I’m not here to debate, since both sides have their merits; the elderly and other folks without transportation who depended on these local stores are now left with no easy way to get to another Kroger, but from Kroger’s perspective, this was a business decision, with the three stores combined having lost over $6 million in recent years (for more details, see Kroger’s press release here). I will, however, dispute ONE tiny thing that was pointed out: claims that the stores were not updated. Generally speaking, this is true, as neither store was expanded, upgraded with special offerings like Murray’s Cheese, or probably even gifted new refrigerated and frozen cases – some say Kroger could have done those things, since they did so in other Memphis stores; Kroger probably didn’t think it worth the investment if the stores were losing money. But I do feel it unfair to say total neglect was at play, seeing as how the Southgate store was remodeled to 2012 décor just a few years ago*! And in fact, S Third got an even more recent investment, with the installation of the Marketplace-style aisle signs shown in this photo taken by the Memphis Daily News. So I just wanted to clear that up… yes, it’s sad that the stores closed, and yes, there are valid arguments on both sides, but no, you can’t say that there was zero investment in at least one of the stores prior to Kroger’s decision. TL;DR – see previous sentence. *And for those of you wondering… previously, Southgate had had wannabe neon. Lamar and Airways, meanwhile, never saw its millennium décor replaced before its closure. By the way… while I didn’t make it to either of the Memphis stores, I did indeed manage to check out the Clarksdale store prior to its closure. Definitely some interesting stuff from there; look for those pics this summer (hopefully, anyway)! Oh, and I almost forgot: as you surely have noticed by now, this shot from the Memphis Daily News photographer adds yet more definitive proof that aisle 12s are unconscious captures ;P (c) 2018 Memphis Daily News No copyright infringement intended.

This Perspective In A Sentence Easy - kroger-closures on net.photos image has 800x534 pixels (original) and is uploaded to . The image size is 245953 byte. If you have a problem about intellectual property, child pornography or immature images with any of these pictures, please send report email to a webmaster at , to remove it from web.