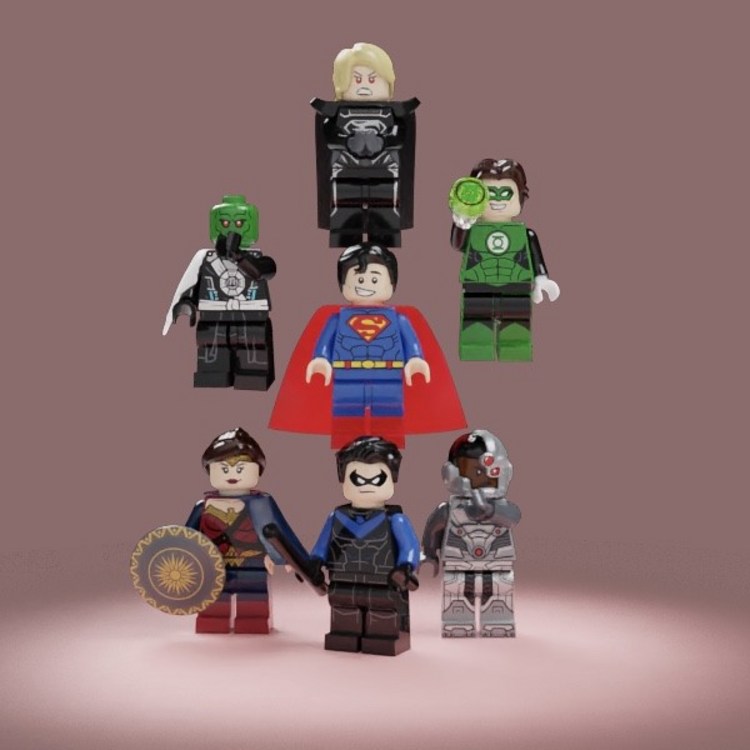 Stepping into the public eye a few years after the first known team of heroes, the Teen Titans, the Justice League stepped up when crisis struck and have become adored for their heroism. Of course, not all is as well with the team as the public thinks... Wonder Woman: Diana of Themyscira may be from a distant and somewhat xenophobic nation, but she does her best to bring both justice and care to everyone. Diana is the most supportive of Nightwing, knowing that he needs it in his new role. If that means sometimes compromising her beliefs and decking Hal Jordan? Well, sometimes one must speak the native tongue. Nightwing: the leader of the team. Richard Grayson reluctantly stepped down as the leader of the Teen Titans and shed his old identity as Robin when Batman went missing. Though joining and leading the League would not have been his choice, Batman had, of course, set contingencies in place to decide who would be leader if he went missing, with his old sidekick as first choice. Nightwing has yet to understand why, but he chooses to honor the choice of his potentially-deceased father figure. Cyborg: the second hero approached by Batman to join the future Justice League, Victor Stone was originally part of the Teen Titans with Nightwing (then Robin) and was the closest to no longer being a teen. After being offered a spot on the team by Batman, Cyborg discussed it with Robin and together they decided that Victor should accept the offer to join the League when it was ready to go into action in a few years. Martian Manhunter: the first approached by Batman to join the League, J’onn J’onnz was rescued by Batman from a remote research facility after the Martian managed to reach out to him telepathically. The creation of the League is largely the work of J’onn and Bruce. Superman: the favorite son of Metropolis, Superman is the most publicly-known hero and one of the strongest. Approaching Clark Kent to join the League was always a when, not an if. Green Lantern: cocky and arrogant are usually the first words people think of when thinking of Hal Jordan, not necessarily willpower. However, nobody can deny that he has plenty of will. Hal is the one with the least confidence in Nightwing leading the team and isn’t afraid to make it known, but he’s at least smart enough to fall in line for the good of the team. Besides, he’s usually off in space fulfilling his duties as a Green Lantern anyway. Power Girl: Kara Zor-El holds a unique position in the Justice League as having never been asked to join and being entirely unknown before joining. Of course, showing up to the world’s first League-level crisis and doing much of the heavy lifting is a good way to earn a spot, especially when the public assumes she’s another member of the team. But the bellicose cousin of Superman may have more to her than meets the eye... «» Some cool people I follow such as Roman and Sam K Bricks have posted some Justice Leagues recently and I got inspired to finally put mine into (digital) ABS form! I ended up having more trouble than I expected picking out parts (beyond Mecabricks not having everything), but I’m mostly satisfied. J’onn was definitely the most difficult, as I didn’t want to go with his default parts (not a fan of that outfit) and didn’t want to use the red Nightwing torso. Don’t ask how that brought me to Ninjago. I genuinely don’t know. Just as a post-description disclaimer, I haven’t fully decided on everything narrative-wise, so that’s why some things are a bit spotty (such as how Wonder Woman has basically nothing rn even though she’s a great character). But ah well, gotta start somewhere.

This Nations League - justice-league-founders- on net.photos image has 600x600 pixels (original) and is uploaded to . The image size is 48957 byte. If you have a problem about intellectual property, child pornography or immature images with any of these pictures, please send report email to a webmaster at , to remove it from web.