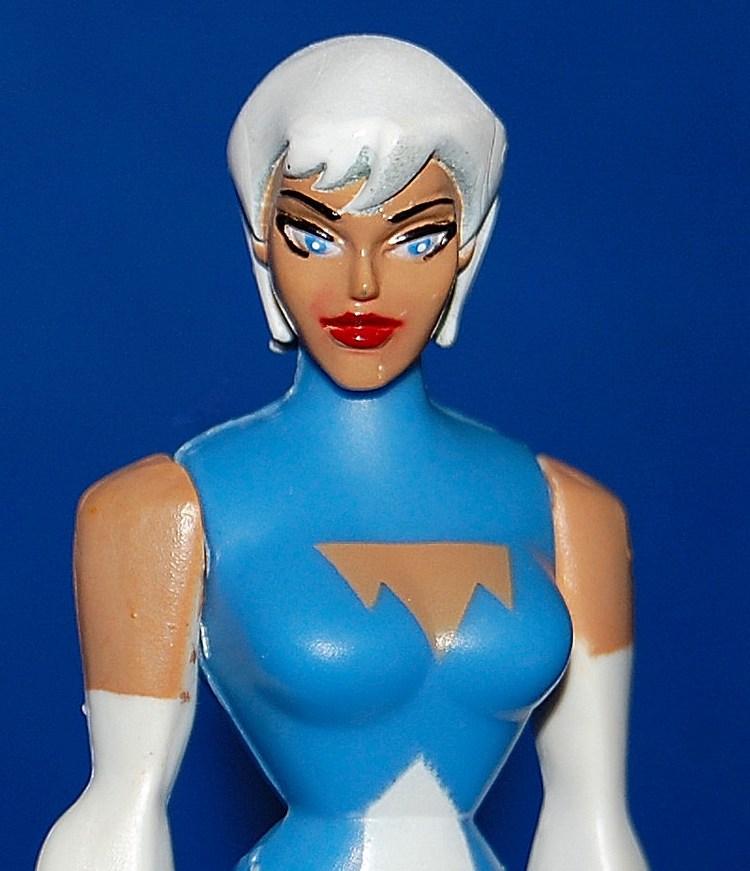 Originally called "Ice Maiden" Ice was a Norweigan superhero first introduced, oddly enough in a Super Friends comic book (which was even more oddly , part of actual DCU continuity!) as part of the United Nations official superhero team, the "Global Guardians". She ends up joining the Justice League when the scheming Maxwell Lord gets the U.N. to replace the Guardinans with the Justice League.Out of a job, Ice Maiden and her pal the Green Flame (later known as Fire) join the Justice League. They served for many years until the original Ice was killed off then replaced with a similar character who shared the same name.She was one of the most genuinely sweet female characters in the DC comics universe. The guys who put together the JLU cartoon were cool enough to include her as part of the expanded team (they really tried to get anyone who had ever been in the League in the comics into the cartoon, and then some!), however she doesn't have any lines I can recall and is mainly jsut there in the background to excite us fanboys who fondly remember her from the good old days.

This Nations League - ice-closeup on net.photos image has 801x930 pixels (original) and is uploaded to . The image size is 180438 byte. If you have a problem about intellectual property, child pornography or immature images with any of these pictures, please send report email to a webmaster at , to remove it from web.