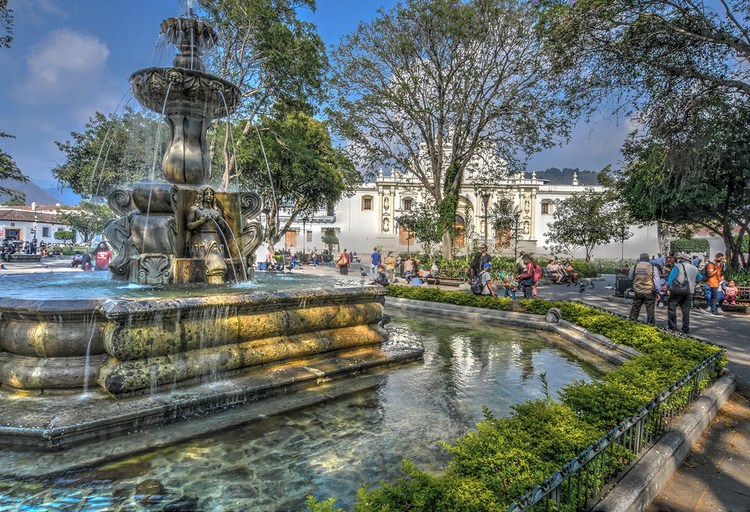 This is the central plaza with the Cathedral of St. James in Antigua, Guatemala. Antigua, Guatemala was the Spanish colonial capital for all of Central America and southern Mexico in the 17th and 18th centuries. The city was abandoned after a 2nd large earthquake destroyed the city in the late 18th century and the capital was relocated to Guatemala City. In the 19th century, the inhabitants began reconstruction. Today the city is fully reconstructed with the old cobblestone streets and many fine examples of Spanish colonial Baroque architecture. There are several beautiful churches, convents, monasteries, administrative buildings, and other buildings, homes and palaces. There are boutique hotels, fine restaurants, bars and other nightlife, and a lively street scene.

This Mexico earthquake - sunday-in-plaza-mayor on net.photos image has 1023x698 pixels (original) and is uploaded to . The image size is 398425 byte. If you have a problem about intellectual property, child pornography or immature images with any of these pictures, please send report email to a webmaster at , to remove it from web.