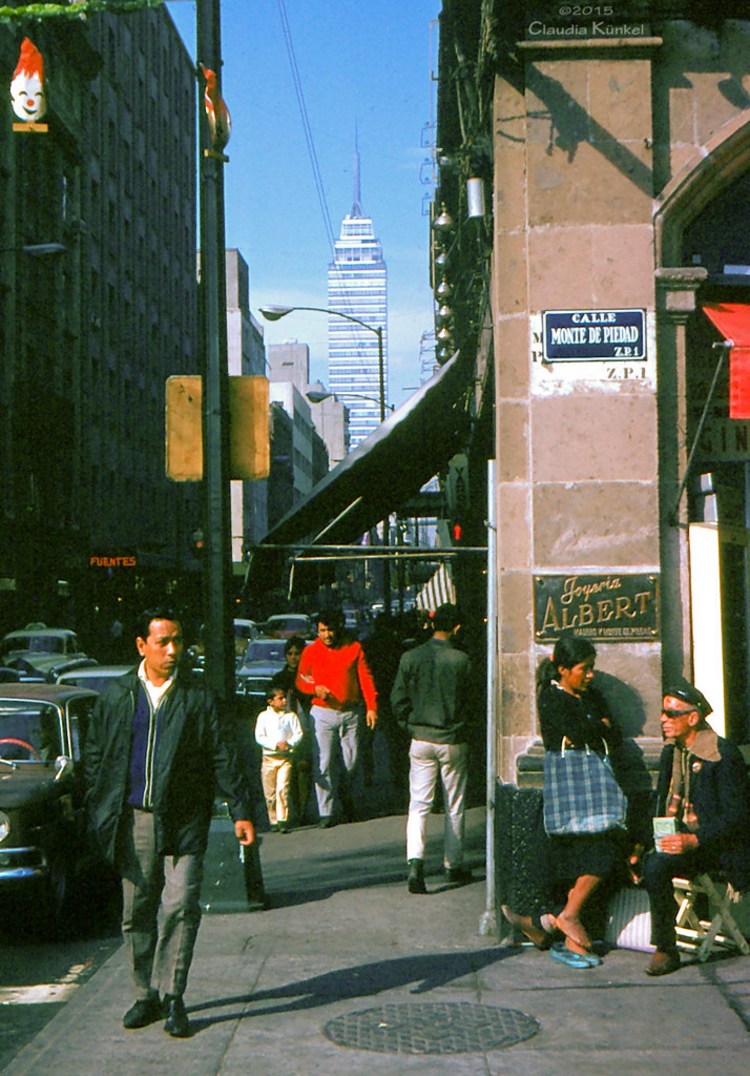 This photo was taken by my mom with her Voigtländer camera during a family trip. I was probably a few feet away but have no memory of being there. So it feels kind of strange to be able to go back into this "artificial" memory. On Google Maps I was quickly able to identify exactly what street corner this is and to see how it looks now. (Corner of Calle Monte de Piedad/Republica de Brasil and Av. Francisco l. Madero) The skyscraper is the Torre Latinoamericana. It was completed in 1956, has 44 stories and survived the 1985 earthquake without damage. This was a few months after Mexico City had hosted the Olympic Games in 1968. I like this street scene and wonder about the conversation between the woman and man on the right and where the man on the left might be going.

This Mexico Earthquake 1985 - mexico-city-christmas-1968 on net.photos image has 714x1024 pixels (original) and is uploaded to . The image size is 265865 byte. If you have a problem about intellectual property, child pornography or immature images with any of these pictures, please send report email to a webmaster at , to remove it from web.