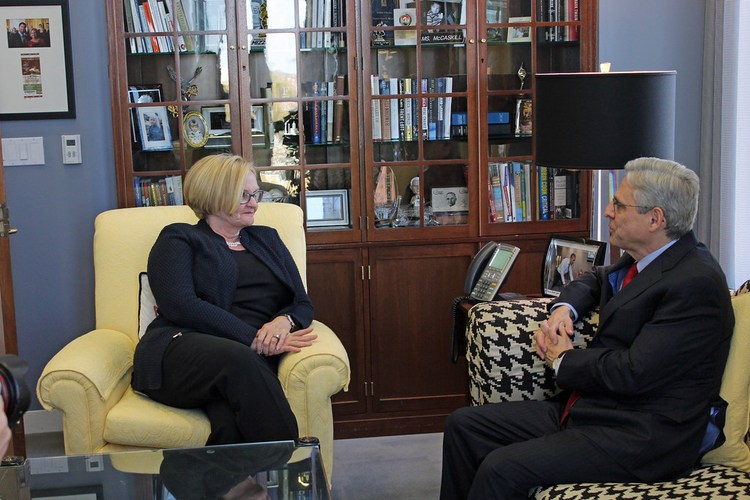 U.S. Senator Claire McCaskill today released the following statement after meeting with Supreme Court nominee Chief Judge Merrick Garland: “The full Senate should have the same chance to question Judge Garland’s credentials as I did. Since Supreme Court nomination hearings began a century ago, every single nominee has received a hearing. Senate Republicans should stop playing politics with the Constitution, and think about the implications of their argument that the President’s duty to nominate justices somehow expires during his last year in office—maybe by extension, that means those same Senate Republicans serving the last year of their terms should stop voting on important legislation.”

This Merrick Garland Nomination - mccaskill-meets-supreme-court-nominee-chief-judge-garland on net.photos image has 1024x683 pixels (original) and is uploaded to . The image size is 223590 byte. If you have a problem about intellectual property, child pornography or immature images with any of these pictures, please send report email to a webmaster at , to remove it from web.