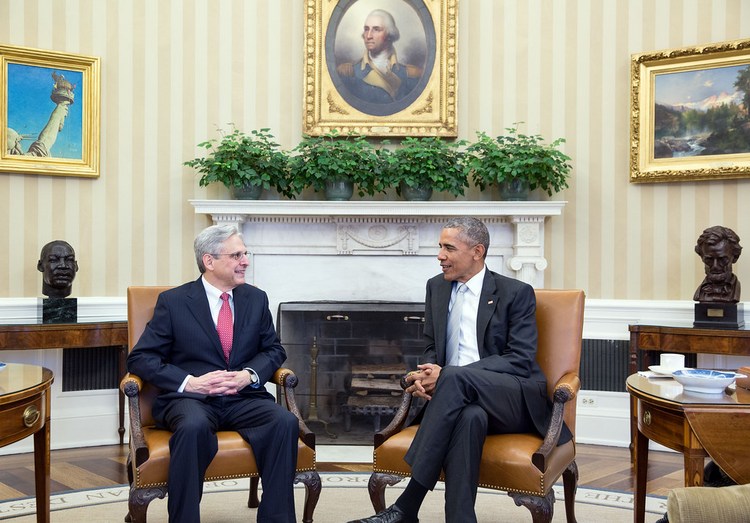 President Barack Obama meets with Chief Judge Merrick B. Garland in the Oval Office, March 9, 2016. (Official White House Photo by Pete Souza) This official White House photograph is being made available only for publication by news organizations and/or for personal use printing by the subject(s) of the photograph. The photograph may not be manipulated in any way and may not be used in commercial or political materials, advertisements, emails, products, promotions that in any way suggests approval or endorsement of the President, the First Family, or the White House.

This Merrick Garland - p030916ps-0306 on net.photos image has 1024x714 pixels (original) and is uploaded to . The image size is 223598 byte. If you have a problem about intellectual property, child pornography or immature images with any of these pictures, please send report email to a webmaster at , to remove it from web.