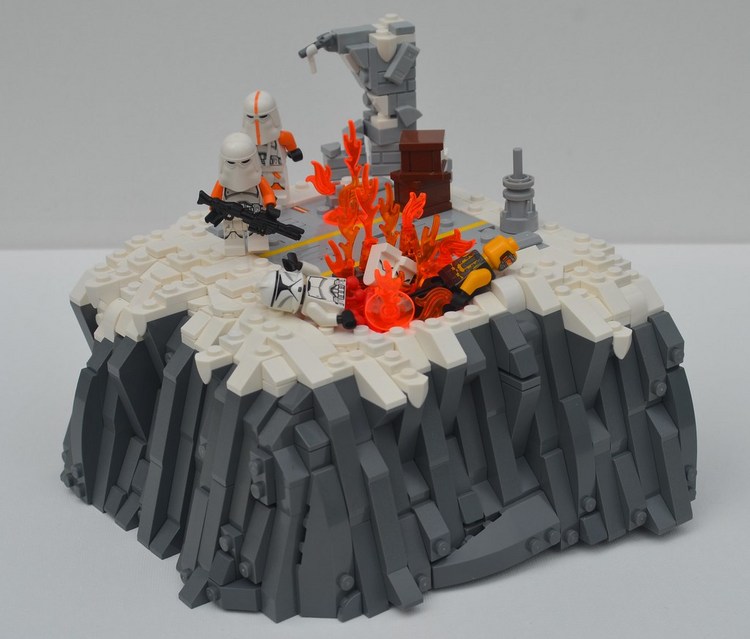 The war had only begun merely weeks ago, and the Separatists had begun an all-out offensive across the Outer Rim, putting the Republic on the backfoot. Fearing the worst, the 253rd Legion had been deployed to act as an elite strike force to slow down any CIS advances on the planet of Rhen Var. It was quiet at first, helping set down medical crates and supplies. As the day went on, my squad and I were about to head towards the base when one of the rookies shouted: “Sarge, we have a problem.” Right as I turned my head I heard a loud THUM. I turned around and saw the gunship being shot at. A single turbolaser tore straight through its hull, impacting the mountainside in the distance. Then, another turbolaser, then another, and another, until it became a constant barrage. Parts of the flaming wreckage of the gunship crashed hard into the landing pad, sending evacuees and clones alike diving out of the way. As we got closer and closer to the pad all we could see was the wreckage and bodies. Clones and civilians dead or severely wounded. One of the rookies looked at me and yelled: “Sergeant Crypt, what now?!” All I could do was stand, the horrors of what had just happened froze my body. My Brothers severely decapitated and civilians obliterated. But in a second my training overcame my instincts. “We have got to start evacuating the landing pad! Quickly let's move!” My troops and I started moving quickly, but before I knew it I had felt this strange tickle on my neck like I’ve felt it before. Sepies. I look up and in the distance I see a droid gunship getting closer and closer. All I could do now was brace for what was coming...

This Medical Supplies Near Me Now - 253rd-legion-mission-1-1-a-landing-pad-evacuation on net.photos image has 1024x873 pixels (original) and is uploaded to . The image size is 106122 byte. If you have a problem about intellectual property, child pornography or immature images with any of these pictures, please send report email to a webmaster at , to remove it from web.