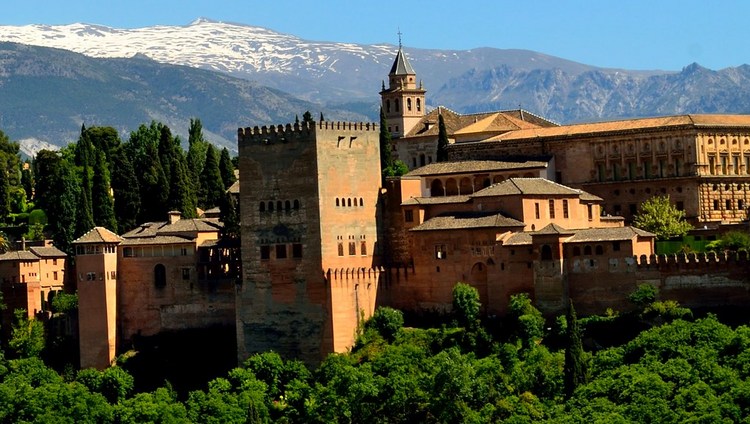 The Alhambra in Granada, Spain, is distinct among Medieval palaces for its sophisticated planning, complex decorative programs, and its many enchanting gardens and fountains. It was originally constructed as a small fortress in AD 889 on the remains of Roman fortifications, and then largely ignored until its ruins were renovated and rebuilt. The Alhambra (or red fort) was built by the Nasrid Dynasty (1232-1492)—the last Muslims to rule in Spain. The Alhambra's most celebrated structures are the three original royal palaces. These are the Comares Palace, the Palace of the Lions, and the Partal Palace, each of which was built during 14th century. A large fourth palace was later begun by the Christian ruler, Carlos V. (read more at Khan Academy)

This Khan academy - the-alhambra-granada-spain on net.photos image has 1023x578 pixels (original) and is uploaded to . The image size is 197857 byte. If you have a problem about intellectual property, child pornography or immature images with any of these pictures, please send report email to a webmaster at , to remove it from web.