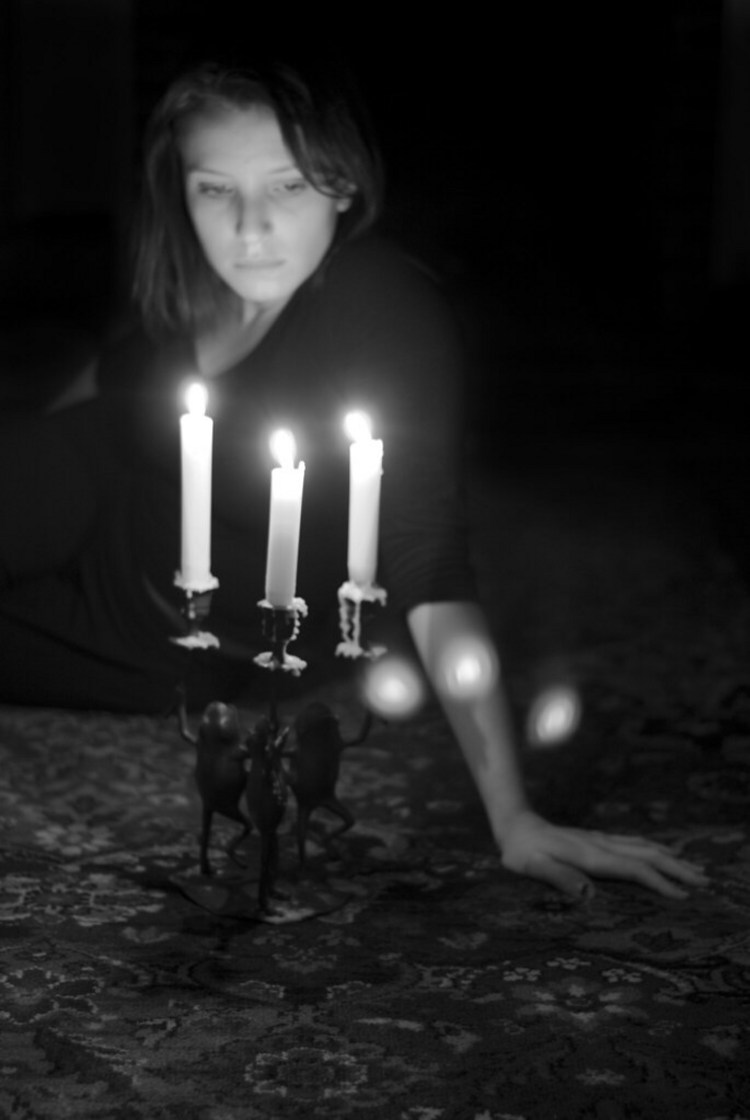 frogs dance and hold candles, while i sit and watch

life is an enigma. one moment, i'm sitting, crying tears of joy with my father about barack obama. the next, crying tears of laughter at stephen colbert ("does barack obama's presidency signal the end of racism? and if so, does it mean that i can stop pretending to like spike lee movies?"). the next, crying about the terror in mumbai, the terror in the world at large. sometimes you're caught in this twister of emotion and events, none of which you seem to have much - if any - control over at all. you just kind of go along with it. be complacent, put your best face and foot forward. of course we can make our little differences in our immediate environment, but i'm hard pressed to find how we can even reduce the influx of bad things. there are, simply, bad people. maybe we need them in order to recognize how lucky we really are. if we are saddened by these events, well, good. we ought to be empathetic creatures. even if we can't control the course of events, we mustn't throw up our hands and admit futility. there are always lives we can touch in the simplest of ways. i'm not talking about altruism -- that is the practice of disinterested and selfless concern for the well-being of others. in evolutionary terms, it's behavior that benefits another at its own expense. self-sacrifice (but not for one's kin). an evolutionary snag. it's a snag because it doesn't make any sense. you can't remain disinterested from your actions. disinterest leads to nonaction. for every act that you do for another person, enjoy it with the knowledge that you're helping someone, in some way, feel better about themselves or be a healthier and more productive individual. and so what if it's not entirely selfless, if you gain satisfaction (even happiness) from helping others? frankly, i think that's how it ought to be. [cue kevin spacey] I had always heard your entire life flashes in front of your eyes the second before you die. First of all, that one second isn't a second at all, it stretches on forever, like an ocean of time... For me, it was lying on my back at Boy Scout camp, watching falling stars... And yellow leaves, from the maple trees, that lined my street... Or my grandmother's hands, and the way her skin seemed like paper... And the first time I saw my cousin Tony's brand new Firebird... And Janie... And Janie... And... Carolyn. I guess I could be pretty pissed off about what happened to me... but it's hard to stay mad, when there's so much beauty in the world. Sometimes I feel like I'm seeing it all at once, and it's too much, my heart fills up like a balloon that's about to burst... And then I remember to relax, and stop trying to hold on to it, and then it flows through me like rain and I can't feel anything but gratitude for every single moment of my stupid little life... You have no idea what I'm talking about, I'm sure. But don't worry... you will someday. for fgr. i'm giving thanks to a wonderful friend, tim (super g) for many reasons, but especially for this post as it reminded me, after last night's photo, of beauty and hope. no, he's not a fugger, but guess what? fgr is already too exclusive. so i'm doing my own thing and hoping that you'll all accept it, being that it's thankgiving.

This Kevin Spacey Movies American Beauty - frogs-dance-and-hold-candles-while-i-sit-and-watch on net.photos image has 685x1023 pixels (original) and is uploaded to . The image size is 60104 byte. If you have a problem about intellectual property, child pornography or immature images with any of these pictures, please send report email to a webmaster at , to remove it from web.