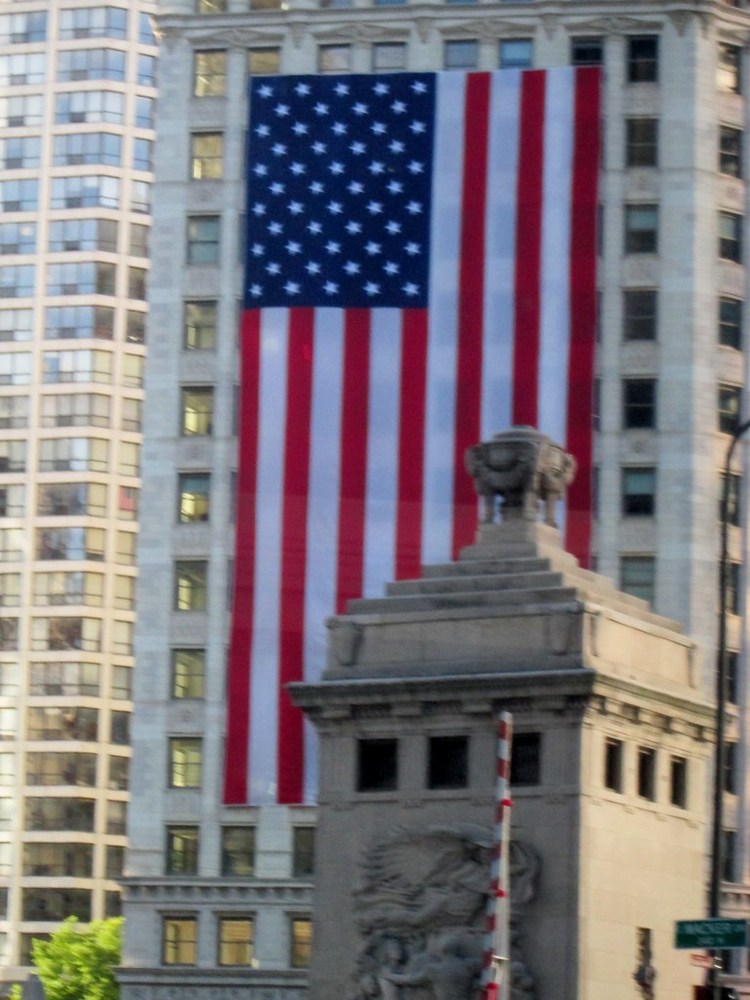 *July 3rd Is A Pre-Independence Day For Fireworks Celebration* *By Gardenia C. Hung* Eleven years ago, in June 2005, there used to be a Border’s Bookstore with three (3) levels at the corner of Randolph Street and State Street, across from Marshall Field’s. Border’s had a Coffee Lounge for readers and book lovers on the second floor. I used to have coffee and a sweet pastry, while I browsed for books, magazines, newspapers, and periodicals at Border’s-- when there was spare time during my commutes to Chicago Downtown from the Village of Lombard in York Township, Du Page County, Illinois. Border’s Bookstore was a popular reading gathering place for young and old people alike. One afternoon, I found a table with a chair to read and browse through a set of books I was reviewing to buy. Border’s was crowded and packed with readers and shoppers. I sat down to share a table for reading at the Coffee Shop. Across from me, sat a tall young man with broad shoulders and black, short hair, who was writing fast and furiously in a notebook. I sat down across from the writer and began to observe that he was concentrated and focused on his notebook writing. I waited a few minutes observing the writer busy in his craft, before I asked the man,* Do you mind if I sit and share this table with you? *The writer looked up and said-- *Sure*. Then, I asked him for his name, Sam Day, he said, and I introduced myself. Somehow, we started a conversation in the afternoon at the Border’s Bookstore. Afterwards, Sam Day asked me out to watch a movie downtown, he wanted to see in the early evening. Sam Day walked with me on State Street to the movie theatre building complex where the New Orleans Cajun eatery, Heaven on Seven Restaurant is located at 111 North Wabash Street in Chicago. Since Border’s was a convenient location downtown Chicago, Sam Day liked to spend time writing his short stories in his notebook. So, I found the writer there again, and again during the afternoons writing his stories down for future publishing. On another occasion, Sam Day suggested we meet at Water Tower Border’s Bookstore, near his workplace at The Knickerbocker at The Drake Hotel, where he worked as Beverages and Food Assistant Manager. The days and few weeks went by July 3rd, 2005, Sam Day wanted to watch the Pre-Independence Day Fireworks by Lake Michigan and listen to the Fourth of July Salute Concert at Grant Park Music Festival. So, we went together to the Grant Park Fourth of July Celebration in 2005. Sam Day used to like walking for hours and miles. He would park his compact car near Orleans Street, in Chicago, then walk as a form of exercise and fitness to his destination. The Grant Park Band Shell was the concert venue for the concert playing Tchaikovsky’s “1812” Overture synchronized to the Independence Day Fireworks display. It was a memorable Fourth of July celebration with Sam Day during 2005 in Chicago Downtown. ​ Gardenia C. Hung, M.A., B.A. Consulting Social Media Arts Communications twtbizcard.com/GHungMa en.gravatar.com/gardeniahung www.consultingmedia-arts-comm.zoomshare.com www.intranslations.blogspot.com www.coroflot.com/gardeniahung www.linkedin.com/in/gardeniahung www.vimeo.com/consultingmedia www.vimeo.com/communicatemedia www.vimeo.com/languagesculture

This Is There An Independence Day 3 Movie - pre-independence-fireworks-celebration-on-july-3rd on net.photos image has 768x1024 pixels (original) and is uploaded to . The image size is 146144 byte. If you have a problem about intellectual property, child pornography or immature images with any of these pictures, please send report email to a webmaster at , to remove it from web.