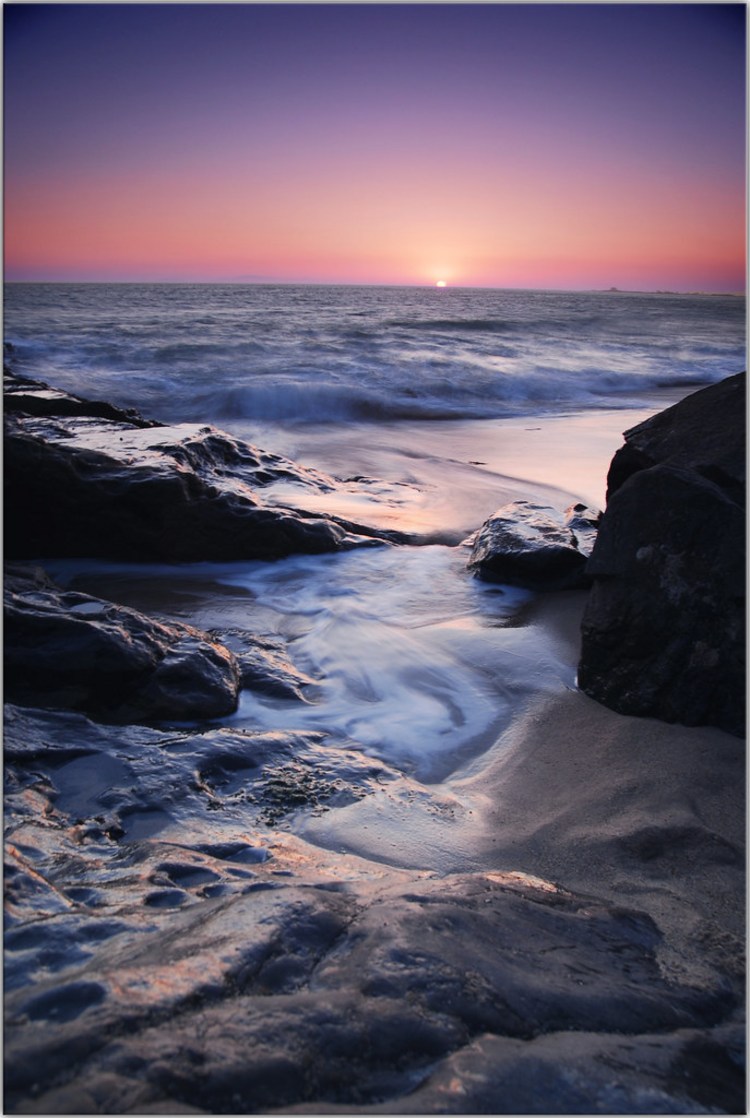 The Sunset That Never Happened

Yesterday I was treated to a wonderful visit from one of the most sincere people on the planet. Doug was in the area on a family vacation for Spring Break. Well, I shouldn’t say that. They were in the same state as me, but still 80+ miles away to the south. He was nice enough to come up yesterday, through the traffic of LA and let me use/touch/feel some of his awesome equipment. He has quite the collection and is ready for just about any wedding, sunset, barn, kid or anything else. He set up his Alien Bee, let me play with his Singh-Ray filters, his D300 and everything else. He even tried to explain his calculus-like method for photo processing. I used to consider myself somewhat smart, but his technique of layers, multiple-sharpening, and RAW conversions had my head spinning like a broken bobble-head toy. We finished our meetup with a trek down to the beach in hopes of a cloud-inspired dramatic sunset. We didn’t get it. The wind from earlier in the day blew away our dramatic sunset, but with some crafty techniques, filters, tripods and a splash or 3 from the Pacific, we were blessed with a few good shots. I know his will blow mine away, but it was fun nonetheless. As we were leaving the beach, in the darkness I saw a long rock moving on the beach. It was inching up the sand like a worm. Coming closer I realized it was a Sea Lion. Not sure if it was hurt, sad, hungry, cold or just bored, but it was very friendly, slithering where ever we went. If I didn’t have a phobia of wild animals, I would have pet him or perhaps tried to sand wrestle him, but instead called Animal Control who eventually told me this behavior was normal, for upto half a day. I have my weekend free from photographic obligations, so I think I’m going to take advantage of that, and cut my kids hair. Maybe I’ll have a cocktail before I begin. NOT HDR. I did bracket 3 shots and then manually blended them. I think it has a more realistic look. I was also using a Cokin GND filter for the sky, but don’t think it did much at this point.

This Is South Beach Pet Friendly - the-sunset-that-never-happened on net.photos image has 687x1024 pixels (original) and is uploaded to . The image size is 172005 byte. If you have a problem about intellectual property, child pornography or immature images with any of these pictures, please send report email to a webmaster at , to remove it from web.