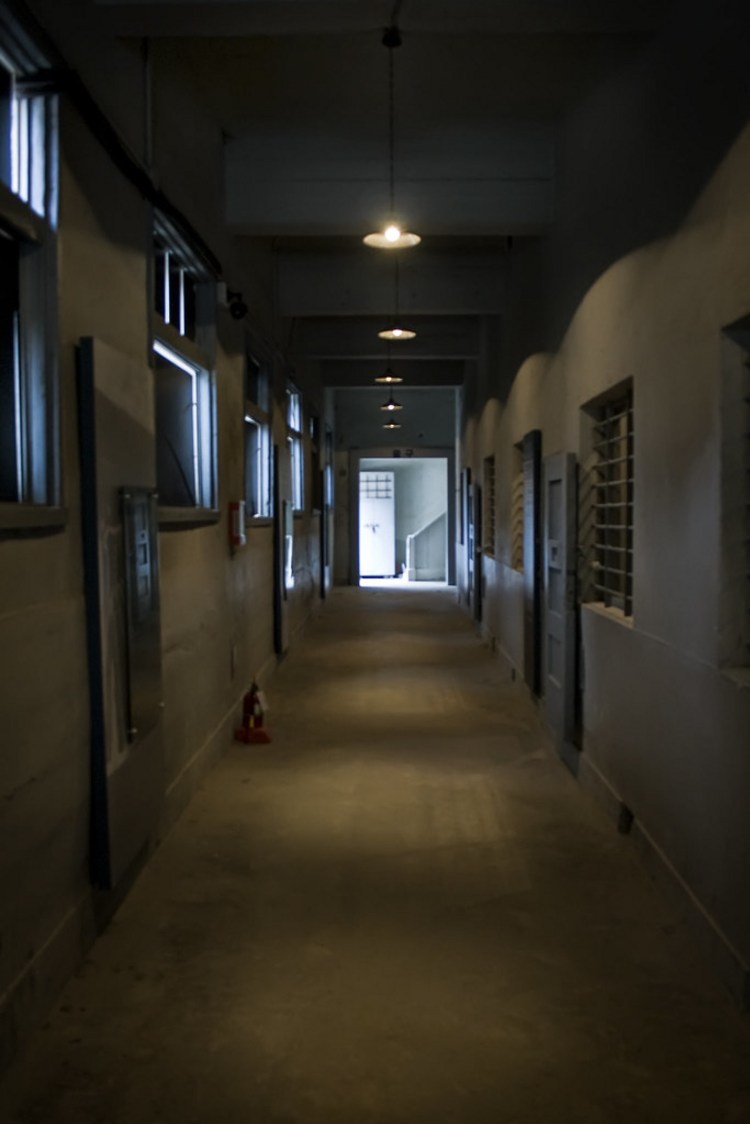 This is the fifth of a new series I'm posting from Seodaemun Prison in Seoul, South Korea. This is a shot of inside one of the jail buildings. Some of these rooms were used specifically for torture. I see an escape way! From Wikipedia: Seodaemun Prison is a museum and former prison in Seodaemun-gu, Seoul, South Korea. It was constructed beginning in 1907 while Korea was considered a protectorate of Japan. The prison was opened on October 21, 1908, under the name Gyeongseong Gamok. Its name was changed to Seodaemun Prison in 1923. The prison was used during the Japanese rule of Korea to house anti-colonial activists, and could accommodate around 500 people. After the Japanese occupation ended in 1945, the prison was used by the South Korean government until 1987, when it was replaced by a facility in Uiwang City, Gyeonggi Province. In 1992, the site was dedicated as the Seodaemun Prison History Hall, part of Independence Park. Seven of the prison complex's original fifteen buildings are preserved as historical monuments. Thanks for checking it out! www.aaronbrownphotos.com

This Is Independence Hall Open - seodaemun-prison-torture-cells on net.photos image has 683x1024 pixels (original) and is uploaded to . The image size is 76780 byte. If you have a problem about intellectual property, child pornography or immature images with any of these pictures, please send report email to a webmaster at , to remove it from web.