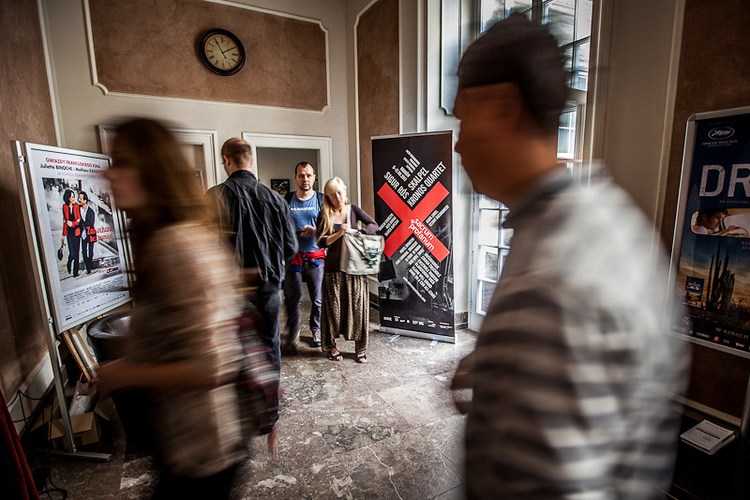 10. Sacrum Profanum Festival Film screenings at the Pod Baranami cinema On the 16th of September, the day of the first of two Sigur Rós's concerts, special screenings was organised at the Pod Baranami Cinema (Rynek Główny 27) of Heima and Inni, two documentaries devoted exclusively to the Icelandic band. Heima is Icelandic for "at home" or "homeland". In 2006, during the endless, magical Icelandic summer, Sigur Rós gave over a dozen unannounced concerts in their home country for their fellow countrymen and friends. They played at local culture centres, in town squares, abandoned post-industrial buildings, and even in coffee shops and out in the mountain fields. The tour, consisting of a total of 15 concerts, was filmed and shown to a wider public on the 27th of September 2007 during the Reykjavik International Film Festival. Heima is an amazing peek inside the inner world of one of the most modest and original bands in the world filmed in their natural surroundings. Directed by: Dean DeBlois Running time: 97 min. Production: Iceland/Great Britain ‘2007 Special screening at the Pod Baranami cinema: 16 September, 12 p.m. Inni is a documentary about Sigur Rós, a record of the band's concerts at London's Alexandra Palace in 2008. The film provides a counterpoint of sorts to the abundance of local flavour in Heima. Vincent Morisset, the director (author of the concert album Miroir Noir By Arcade Fire), focuses only on music, band members, sound, and instruments. It is a nearly monochromatic movie creating an extremely intimate relationship with the band to the exclusion of the audience. Initially recorded on a traditional 16 mm tape, the film was screened and digitally recorded with the use of different, often atypical optical filters. The end product looks like an old recording uncovered in a rarely visited attic. The film also features archival materials recorded over the first ten years of the band's existence. "Inni" is intimacy at the heart of a huge stage. It's abstract gestures and vivid details. It's a tribute to Sigur Rós's exceptional energy. The film leaves ample space for all the beautiful images which come to our minds when we hear their music – says Vincent Morisset, the director. Directed by: Vincent Morisset Running time: 75 min. Production: Iceland/Great Britain/Canada ‘2011 Special screening at the Pod Baranami cinema: 16 September, 2 p.m. Photography: Wojciech Wandzel, www.wandzelphoto.com

This Intimacy For Stage And Screen - 10-sacrum-profanum-festival on net.photos image has 800x533 pixels (original) and is uploaded to . The image size is 152822 byte. If you have a problem about intellectual property, child pornography or immature images with any of these pictures, please send report email to a webmaster at , to remove it from web.