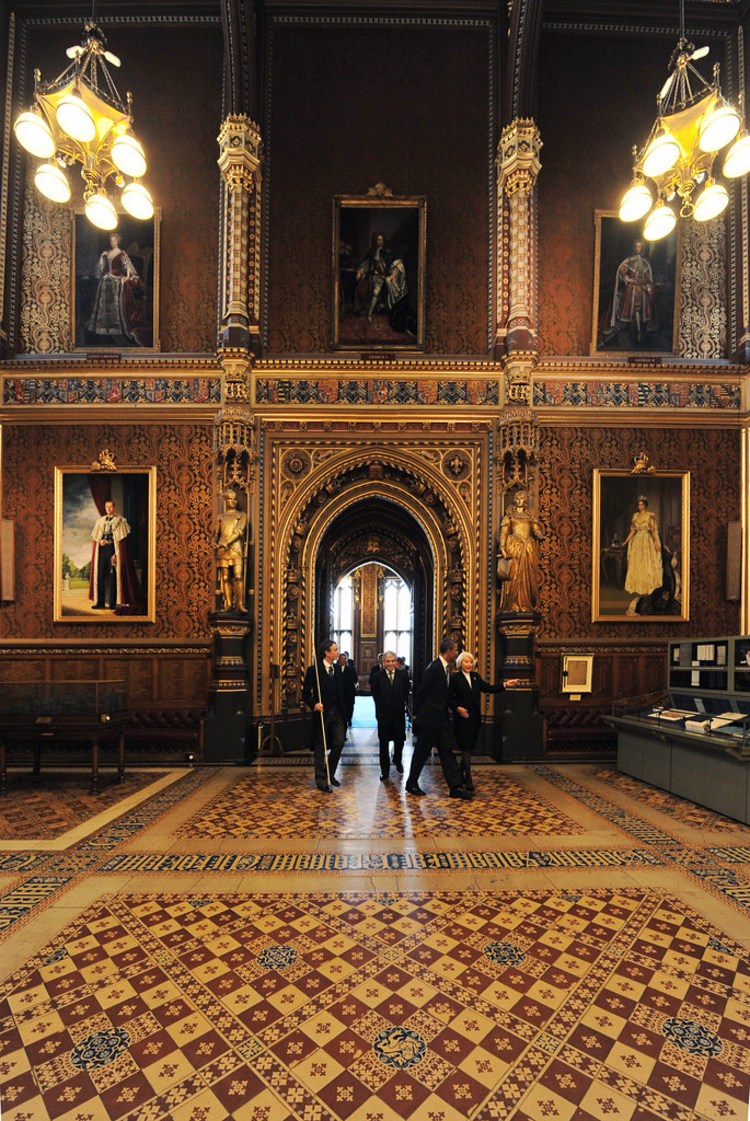 President Barack Obama looks at documents from the Parliamentary Archives

US President Barack Obama’s personal tour of the Palace of Westminster ahead of his keynote address in Westminster Hall moves from the Queen’s Robing Room to the Royal Gallery. The Lord Speaker, Baroness Hayman shows President Obama a display. During his tour President Obama was shown documents illustrating the change in relations between Britain and America between 1765 and 1778 from the Parliamentary Archives, including The Stamp Act of 1765, the Petition against the Intolerable Acts of May 1774 and a copy of the American Declaration of Independence. With them are the Commons Speaker, John Bercow, and the Lord Great Chamberlain. Barack Obama made history on Wednesday 25 May 2011 as the first President of the United States to give an address in Westminster Hall to Members of both Houses of Parliament. Parliamentary news: President Obama addresses MPs and Members of the Lords About Parliament: Addresses to Members of both Houses of Parliament Living Heritage: The Royal Gallery Virtual tours: Lords visitor route Image: Catherine Bebbington/Parliamentary copyright. These images are subject to parliamentary copyright. www.parliament.uk

This Independence Hall Virtual Tour - president-barack-obama-looks-at-documents-from-the-parliamentary-archives on net.photos image has 685x1024 pixels (original) and is uploaded to . The image size is 381441 byte. If you have a problem about intellectual property, child pornography or immature images with any of these pictures, please send report email to a webmaster at , to remove it from web.