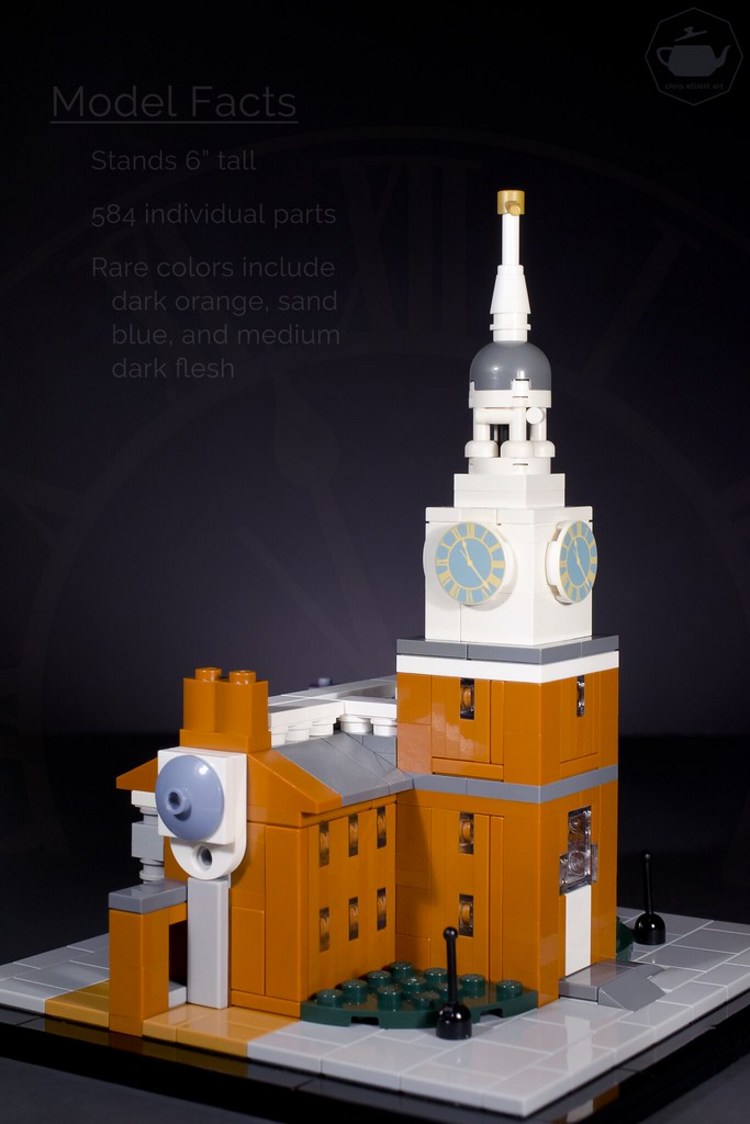 One last shot to show off the model from an upper angle. Some facts about the build itself are also included. I'm so happy this is finally complete after 6 months of working on it. It was a really rewarding project, and one that will stick with me for a long time. Thank you to ArchBrick Daily for featuring this build! ©2015 Christopher Elliott, All Rights Reserved. Find me also on: chriselliott.art | Facebook | Instagram | Reddit

This Independence Hall Facts - independence-hall on net.photos image has 683x1024 pixels (original) and is uploaded to . The image size is 83767 byte. If you have a problem about intellectual property, child pornography or immature images with any of these pictures, please send report email to a webmaster at , to remove it from web.