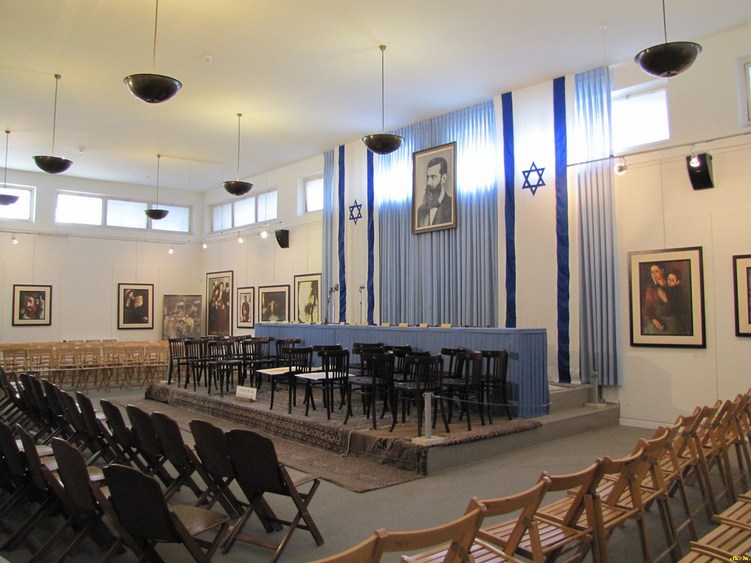 Independence Hall is located in the Rothschild Blvd. 16 in Tel Aviv, formerly the house of Zinna and Meir Dizengoff, Tel Aviv's founding father and first mayor, who bequeathed his home to the city as an Art Exhibition. Here in this hall, the members of the National Council, representatives of the Jewish settlements and the Zionist movement, gathered on Friday, 14th of May 1948 in the afternoon, to sign the Scroll of Independence. Behind the table, David Ben Gurion, the Chairman of the Zionist Movement, proclaimed the establishment of the Jewish State, Israel. With the declaration of the Jewish State, 52 years after publication of Theodor Herzl's"Der Judenstat" (The Jewish State), the Jewish dream of about two thousand years became a reality. However, the people in Israel still had to fight for their independence, defending themselves against Arab irregulars and the regular armies of the Arab league that launched attacks on the young state from all sides within the next few days.

This Independence Hall - independence-hall on net.photos image has 1024x768 pixels (original) and is uploaded to . The image size is 150158 byte. If you have a problem about intellectual property, child pornography or immature images with any of these pictures, please send report email to a webmaster at , to remove it from web.