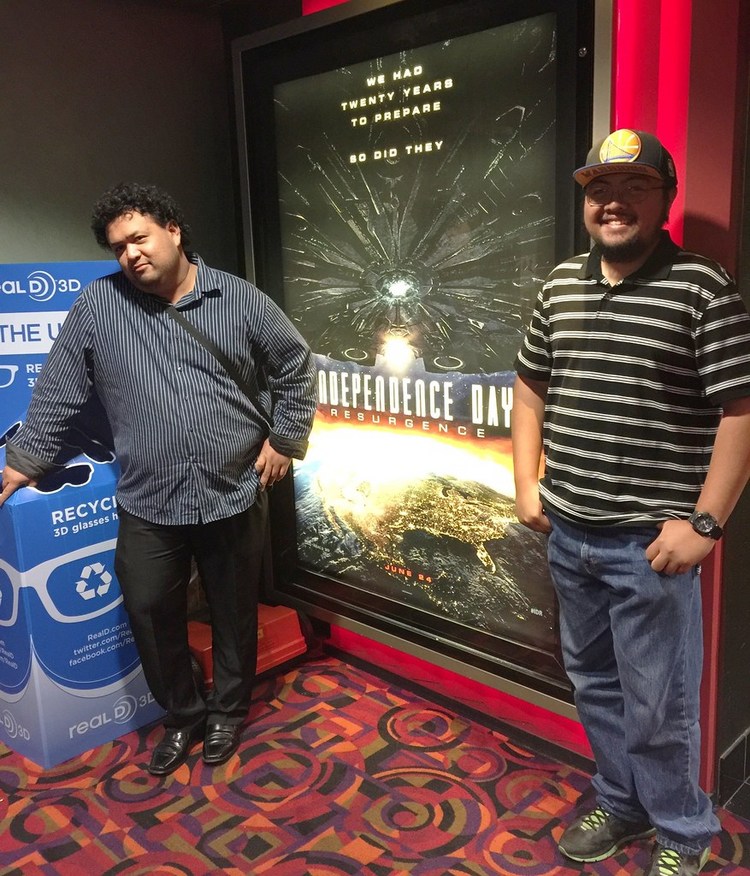 Finally got done watching, "Independence Day: Resurgence"! This was the day it came out, too! This was at the Century 20 Great Mall in Milpitas, CA. I was with Loraine and Ian. Too bad my cousin didn't join us since she was just called in to work OT right before we went to the theater... Spoiler alert: Too bad Will Smith wasn't in this sequel... Twenty years ago, Independence Day had launched a young Will Smith’s career into the stratosphere. Independence Day: Resurgence had opened in theaters Friday, June 24, 2016. But Smith wasn't appearing on the screen to do battle against the aliens with Jeff Goldblum, Vivica A. Fox, and Bill Pullman, all members of the original cast who had signed on for round two. So why isn’t Smith back? Smith, for his part, explained in an interview on BBC Radio 1Xtra that it really all came down to scheduling conflicts. “The world is in a place of nostalgia right now,” he said. “Specifically in entertainment, there’s such a pull for nostalgia, so it was just the perfect opportunity and it didn’t work out...” So there you have it: the writers quickly dispatched Steven Hiller and moved on... (Friday early evening, June 24, 2016)

This Independence Day Resurgence Will Smith - finally-watched-independence-day-resurgence-6-24-16- on net.photos image has 877x1024 pixels (original) and is uploaded to . The image size is 250524 byte. If you have a problem about intellectual property, child pornography or immature images with any of these pictures, please send report email to a webmaster at , to remove it from web.