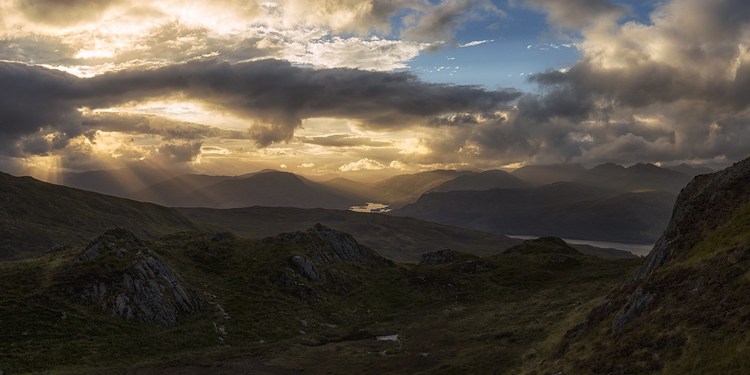 The Dying of the Light

"Do not go gentle into that good night, Old age should burn and rave at close of day; Rage, rage against the dying of the light." Sunset over the Trossachs, Scotland, from Ben Venue - The Mountain of the Goblins. I climbed the mountain in the evening hoping for a good sunset and was not disappointed. I waited up on top until the last light faded from the sky then climbed down using a head torch (not very clever) doing my achilles in the process. On the way back I found myself singing to whatever was out there in the pitch black. I think I must have scared off the Goblins because I didn't get eaten. The quote is from the poem 'Do not go gentle' by Dylan Thomas. It was used and paraphrased in various films, most recently Interstellar and Independence Day.

This Independence Day Quotes - the-dying-of-the-light on net.photos image has 1024x512 pixels (original) and is uploaded to . The image size is 120039 byte. If you have a problem about intellectual property, child pornography or immature images with any of these pictures, please send report email to a webmaster at , to remove it from web.