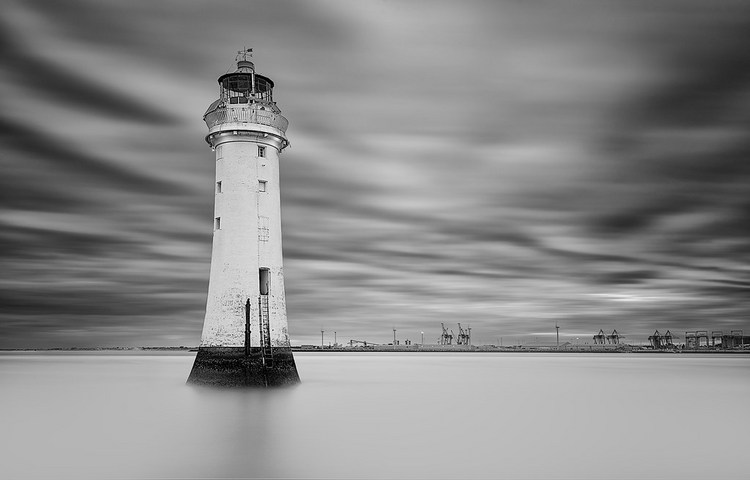 One of 2 images I managed to get from the 'sunset that never appeared trip' to New Brighton, this was a tricky image to get as the tide was really coming in quickly and the ground was very uneven on the breakwater so a bit of a balancing act was needed. The light was hitting the lighthouse nicely from the side and plenty of cloud made a long exposure an attractive option, the tide was in against the breakwater in front of me and it was coming in around the back of me a lot more slowly, by the time I had set up and taken two images here it was time to go as the previously dry area right at the side of me was now under a foot of water, plenty of time to pack up and get off safely but it's amazing just how quick the water comes in, you can see how folk get caught out if they aren't paying attention... No idea why the exif seems to have been lost with this one,, Nikon D750, Nikon 16-35 f/4 @34mm, 1S0 100, f/11, 109s. You can view my most interesting shots on Flickriver here: www.flickriver.com/photos/pete37038/popular-interesting/. Visit my Website

This Independence Day Movie 2016 - guardian on net.photos image has 1024x655 pixels (original) and is uploaded to . The image size is 75528 byte. If you have a problem about intellectual property, child pornography or immature images with any of these pictures, please send report email to a webmaster at , to remove it from web.