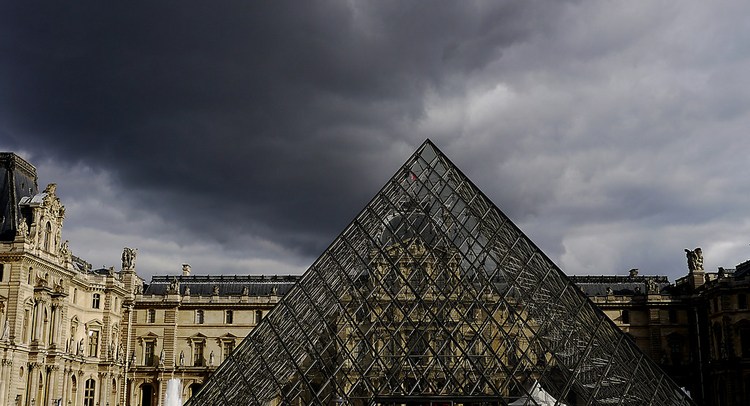 HAVING AN INDEPENDENCE DAY MOMENT AT THE LOUVRE

I finished processing the balance of my Paris photos today and actually came across photos that I hadn't even looked at. This was one of them and I just loved it, especially as it did remind me of the movie and those Alien clouds moving in. Love it or loathe it, the glass Pyramid really makes a statement. I happen to love it and in particular the contrast it makes against such a grand neo-classic building. My idea of bliss would be able to spend months inside the Louvre and being able to REALLY study the artwork. A day doesn't do it justice and one gets sensory overload after several hours, but it is soooooo worth a visit. BETTER ON BLACK. CLICK ON PHOTO

This Independence Day Movie - having-an-independence-day-moment-at-the-louvre on net.photos image has 1024x554 pixels (original) and is uploaded to . The image size is 195493 byte. If you have a problem about intellectual property, child pornography or immature images with any of these pictures, please send report email to a webmaster at , to remove it from web.