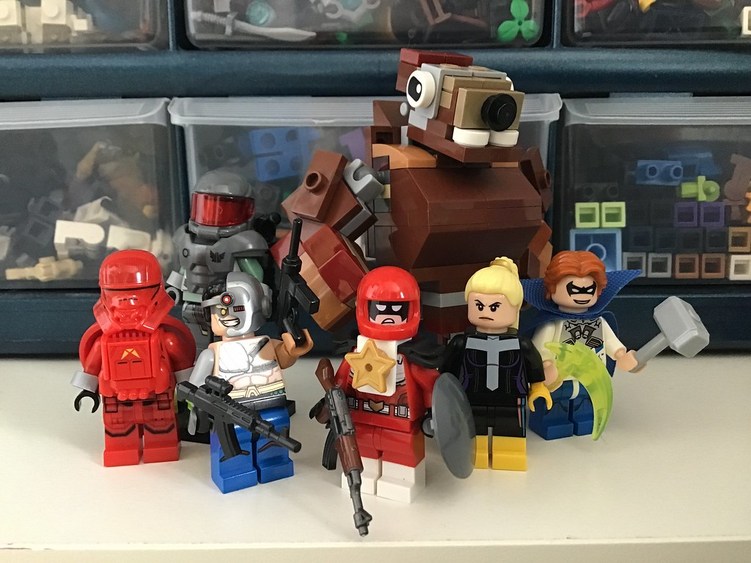 Am I addicted to Soviet Russia? Maybe. I don't know. Also, this is to celebrate the Black Widow movie which is coming out on the 9th. I feel like this is weird to post, since Fourth of July was just yesterday. L-R: Crimson Dynamo: He needs a Mech Suit, but I was lazy and I would have to build 3 WHOLE BRICKBUILT GUYS, and they wouldn't even fit. Titanium Man (Boris Bullski): As bulky as I can get. Volvic: I forgot his name, nor know who he is. Red Guardian: The real reason why I wanted to post this. Also, I can't stress the communism enough, so I gave him an AK. Ursa Major: He's the bear, and BEARS ARE SO HARD TO MAKE IN LEGO! I would also like to add, that I can easily update this guy, but I won't so I can upload this. Darkstar: I don't know much, but I think she's the sister to Vanguard. Vanguard: Brother to Darkstar and Marvel couldn't stress the hammer and sickle enough. ——————————————————————— New YouTube Video: www.youtube.com/watch?v=2CTP4qMkq-s

This Independence Day Movie - -marvel-figs-34-the-winter-guard on net.photos image has 1024x768 pixels (original) and is uploaded to . The image size is 162885 byte. If you have a problem about intellectual property, child pornography or immature images with any of these pictures, please send report email to a webmaster at , to remove it from web.