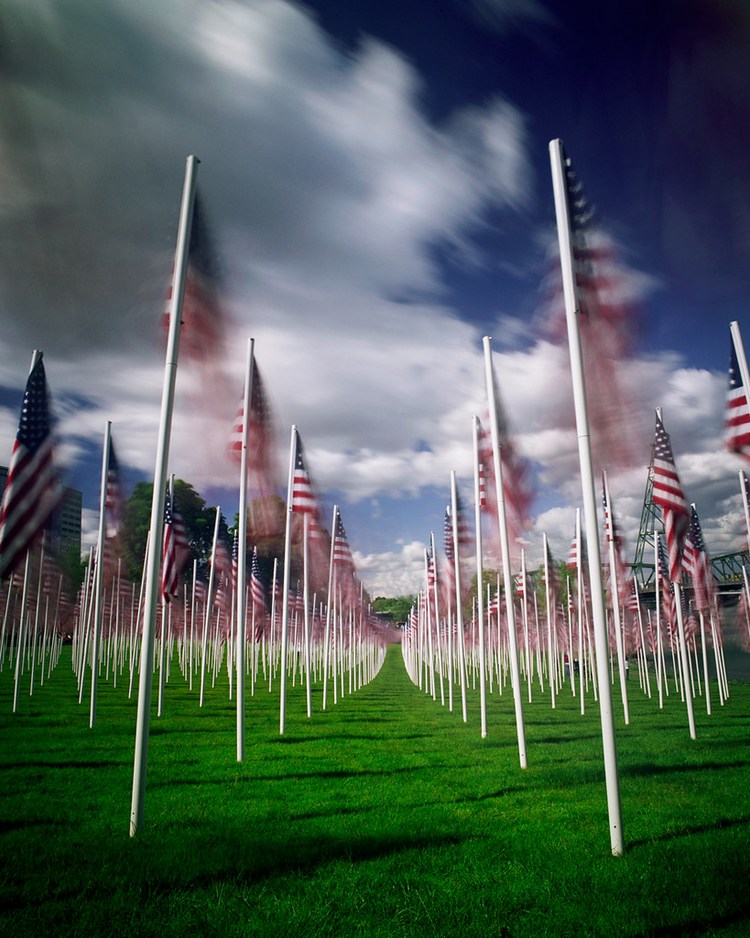 And for every soul, a flag

Happy Independence Day everyone. I always struggle a little not to be too cynical on this holiday, but I think I am doing fairly well this year. Our Fourth of July has gotten to be as much about throwing money into beer and fireworks anymore as it seems to be about remembering those shoulders we currently stand on to enjoy the independence we have. It is easy to think of Jefferson and Franklin and Hancock and Revere and Washington. Our forefathers who had foresight and wisdom to see what this country could be and the courage and determination to make it happen. It is easy to call to mind Lincoln and Roosevelt (both of them) and Kennedy (John and Bobby). Men who shepherded this country along on its course, often times through some of this country's most challenging times. You could even think of Aldrin and Armstrong (not the cyclist) and Collins, Dr. King and Rosa Parks and you would be getting a bit closer to the truth of it all. Perhaps you even know the names of William Adams and John Basilone and Terry Kawamura, three "ordinary" people put into extraordinary circumstances, who because of their bravery, selflessness and sense of duty were awarded the Medal of Honor, two of them dying in the process of fighting for the country they believed in. It is at this point that you begin to realize that this country has certainly produced a list of great men and women, courageous and visionary folk who inspired us to greater heights, but more importantly this country was built on the strength of its courageous and visionary population, for those select great men and women would have been much less effective without a population of people who wanted to be inspired to greater heights, who wanted to be brave and courageous themselves, who wanted this country to be something worth being proud of, who were willing to risk, and at times sacrifice, their lives for what they believed in. And not just in times of war and challenge, but in times of peace too, every day in fact. And at some point today I would ask you all to ask yourselves what you too can do to continue to make this country something to be proud of. Will you provide the shoulders for future generations to stand on too so they can enjoy these freedoms? Or is this just about the day off and the beer and the fireworks for you? I guess it is a question of today versus tomorrow. Vision versus self-interested consumption. The flag is not just a piece of cloth, it is more than just a symbol, it is a goal to aspire to, a beacon for the wise and brave and selfless. And if there is ever a day to remember this, it is today. Enjoy your Independence.

This Independence Day Film Facts - and-for-every-soul-a-flag on net.photos image has 819x1024 pixels (original) and is uploaded to . The image size is 244350 byte. If you have a problem about intellectual property, child pornography or immature images with any of these pictures, please send report email to a webmaster at , to remove it from web.