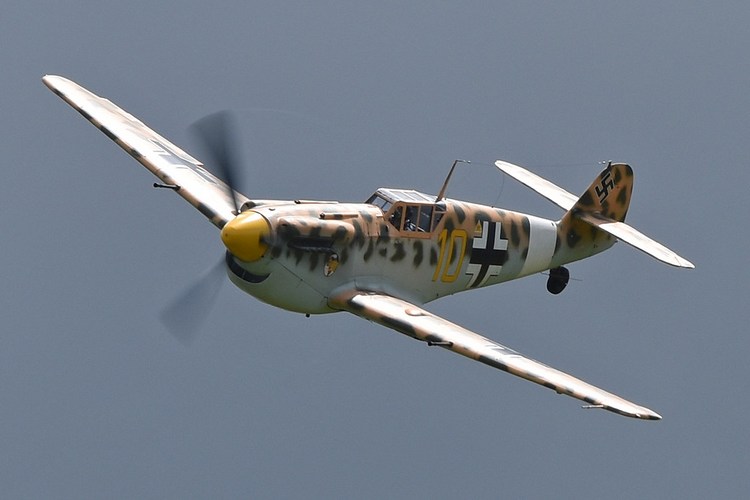 c/n 172 Built in 1959 for the Spanish Air Force with the serial C.4K-102 One of 27 Buchons bought by Spitfire Productions in July 1966 for the filming of the movie ‘Battle of Britain’, she was civil registered as G-AWHK and took part in flying scenes. After the filming she was shipped to the USA and was reregistered as N9938. She flew with the Confederate Air Force from 1971 to 1987, when she went on static display. She returned to the UK in 1993 and flew again in 2006, registered as G-BWUE. Operated by the Aeroplane Restoration Company (ARCo) and based at Duxford, she has since been returned to her original British civil registration of G-AWHK. Wearing a temporary desert colour scheme for filming, she is seen displaying at the Shuttleworth Collection’s 2021 Military Airshow, Old Warden, Bedfordshire, UK 4th July 2021

This Independence Day 2021 Movie - hispano-ha-1112m1l-buchon-yellow-10-g-awhk- on net.photos image has 1024x683 pixels (original) and is uploaded to . The image size is 97016 byte. If you have a problem about intellectual property, child pornography or immature images with any of these pictures, please send report email to a webmaster at , to remove it from web.