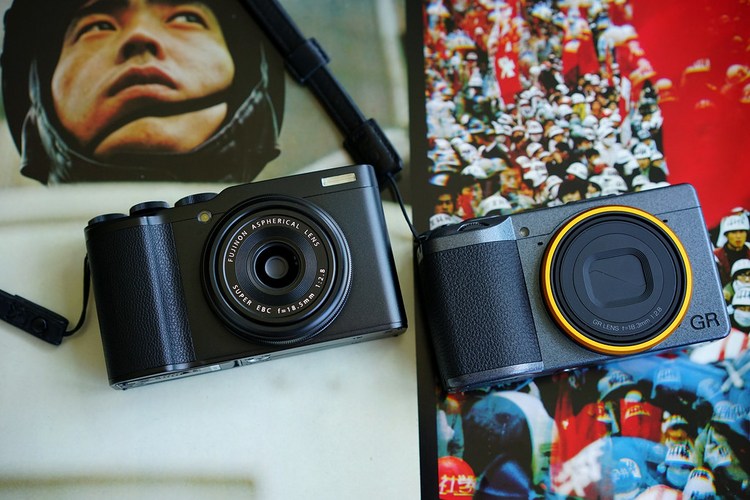 The FUJIFILM XF10 on the left came home in September 2020, meant to be the replacement for the first-generation APS-C Ricoh GR that I sold on eBay after over six solid years of service. (Absolutely loved that camera!) It took a while to get used to the XF10, but I ended up liking it quite a bit by the time the Ricoh GR III Street Edition ended up in my camera bag in April of 2021. And as good as the XF10 was/is, it just isn't a GR. I'm a GR guy. The first-gen GR made me a GR guy. So when I found a great price on the GR III Street Edition, I jumped. Now I have two 24 megapixel APS-C compacts with 28mm equivalent lenses. I like them both, but the XF10 will have to go. (Because even though I love the FUJIFILM colour presets, the camera hasn't been touched in the three months that the new GR has been with me...) July 4, 2021.

This Independence Day - eight-months-two-new-cameras on net.photos image has 1024x683 pixels (original) and is uploaded to . The image size is 214736 byte. If you have a problem about intellectual property, child pornography or immature images with any of these pictures, please send report email to a webmaster at , to remove it from web.